Y'all. My baby is SIX MONTHS OLD (well, and one day, but who's counting?). How in the world did that happen? Why does infancy go by in the blink of an eye, whereas pregnancy feels like it takes ten years? I digress...

Anyways, Jack Jack went in for his six month well check yesterday, so I've got some new stats! At six months, Jack: 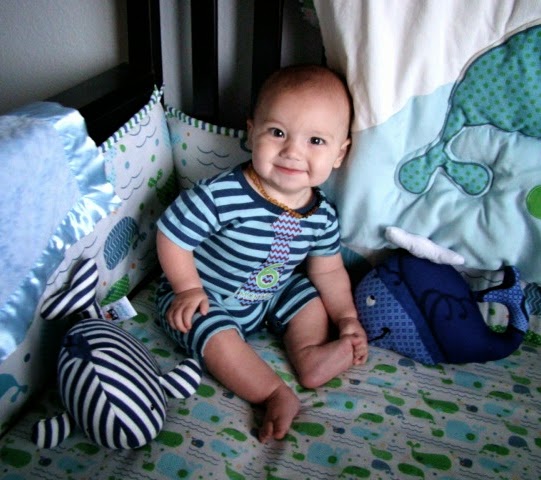 He's also meeting a bunch of his milestones, and basically decided yesterday now that he's six months old, he's going to sit. 'Bout time! I love the (albeit so, so short) period between when they start sitting and when they start crawling. You can just plop them down for a second, and while they like their vantage point, they can't move. Bwahaha - you're stuck, sucker :) 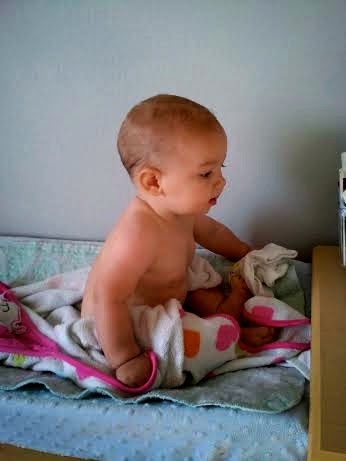 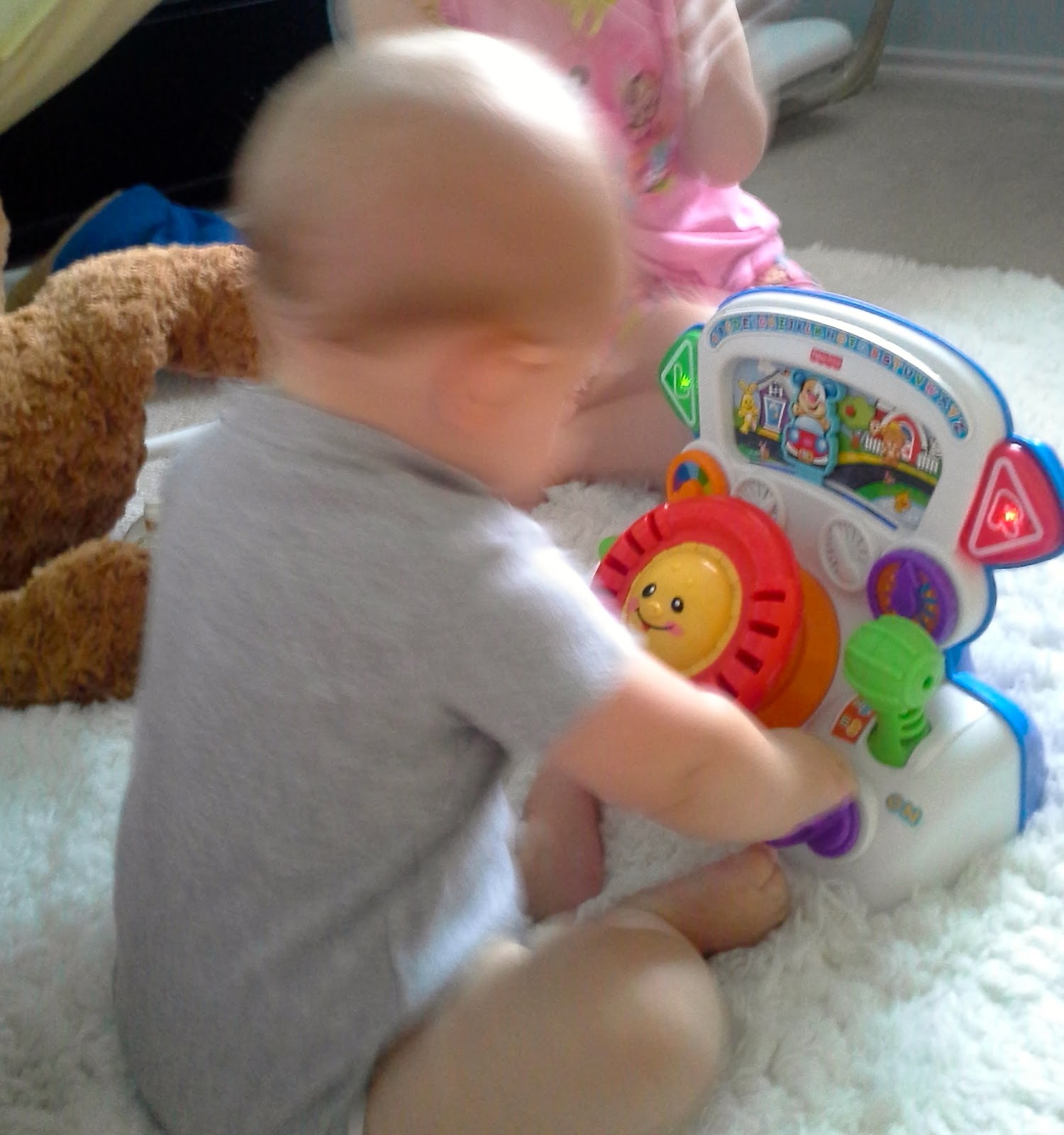 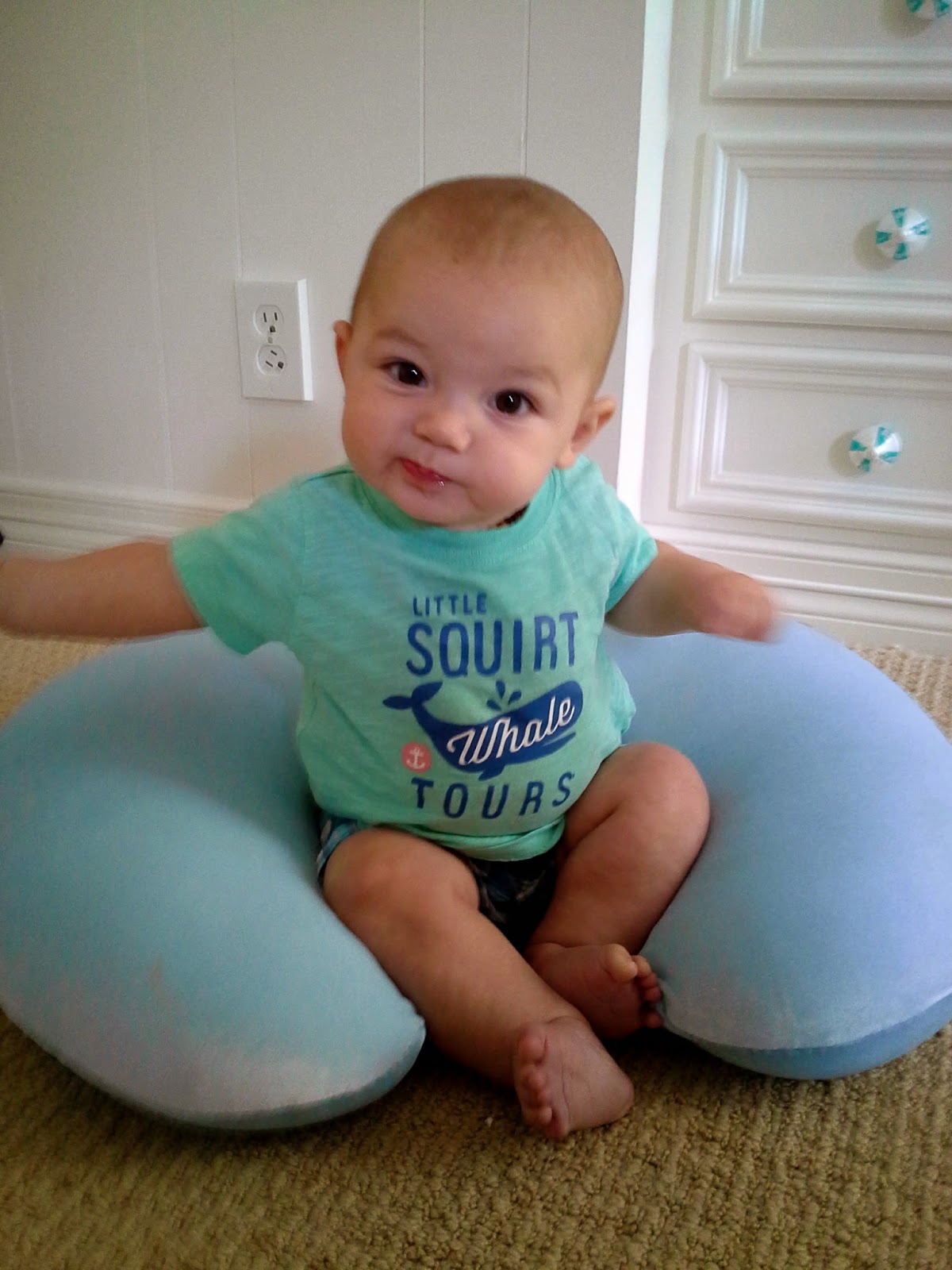 Aside from sitting, Jack continues to roll around like a little sausage, and can move several feet on his own with a combo of rolling and laying on his back, arching like a madman and pushing. His pediatrician yesterday said she'd never seen a baby do that, and was shocked how strong he was. Hercules!

He's also so, so sweet - the mama's boy everybody promised me when they found out we were having a boy. He especially loves giving kisses, and gives them to me liberally and on command :) 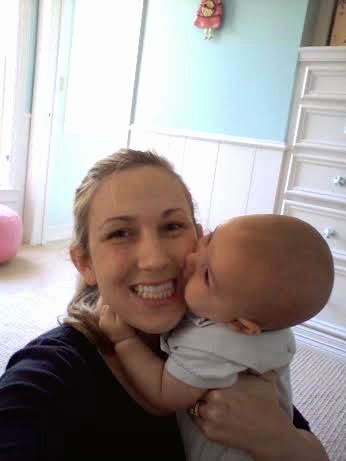 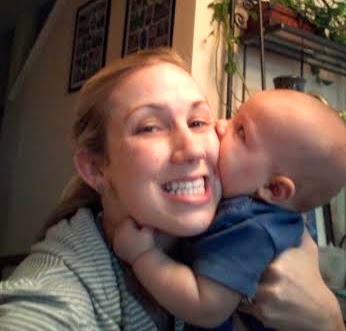 He gives them to Ava, too. He's quite the charmer with the ladies: 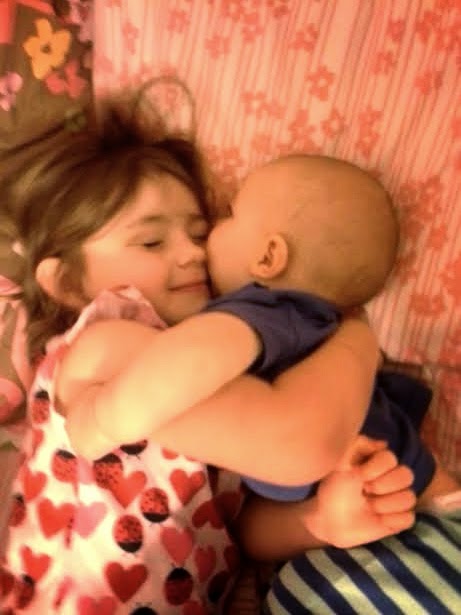 He also is getting better at getting his little legs under himself when on his belly, and can army crawl a bit when he really wants something. Which, is, basically all the time. Jack has some serious opinions, and they all seem to revolve lately around things he wants (everything!) and when he wants them (now!). Thankfully, he's basically the cutest baby ever, so he has that working for him when he's screaming bloody murder for my phone charger. An evolutionary mechanism if I ever heard of one! 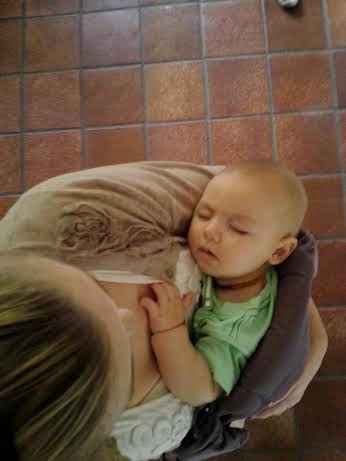 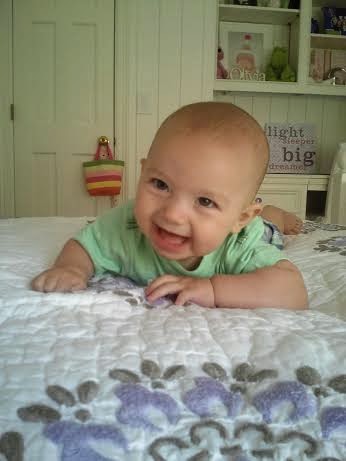 As for solids, we're starting slow. I have given him a couple bites of avocado from a sandwich I was having the other day, as well as some mushed banana and a few pieces of super steamed broccoli. While he wants to grab everything and put it in his mouth, it's mainly to explore, not to actually eat it. He's more into the spoon than what's on it these days, which is how it should be before age one. I'm not too stressed about it. I'm planning to do baby-led weaning with him, but picked up some jars of organic baby food at a great price the other day, so there's that for convenience, too. Since we're not always at home, it's good for me to have those sorts of things when I can't control what foods are going to be in the house. 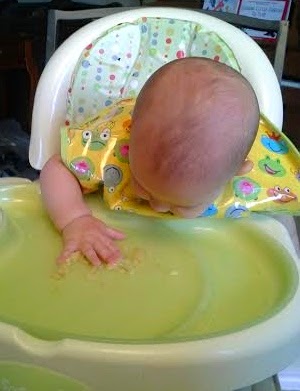 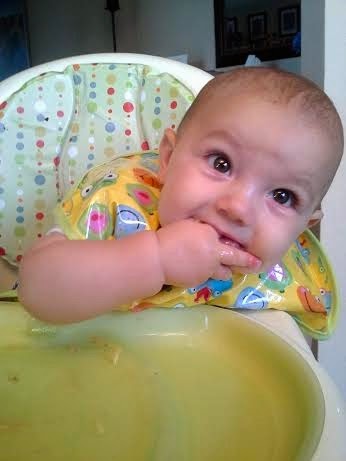 His reflux has gotten significantly better, and the only real puking he does is when I slip up and eat dairy. I'm really devoted to remaining dairy-free, but there are some periods where I slip (I'm looking at you, Easter candy!) and then just move forward and try not to beat myself up. I'm having a hard time lately feeling overwhelmed and with the sheer volume of things I have to get done, between the house, the kids, myself, my work, my writing gigs, etc., and for some reason, feeling deprived like I do when I have to cut out whole food groups really seems to be the trigger for me reaching my breaking point. A girl needs her chocolate, amiright?

Happy half birthday, little man! We love you so very much, sweet boy, and are so happy to have you in our family!
Posted by B at 7:06 PM