Animal Jam is OUR Jam! 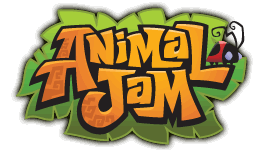 Have you heard of Animal Jam, an amazing, interactive, learning-based game put out by National Geographic? I admittedly had not before being invited to come check it out when National Geographic Kids came to town for SXSW Interactive, but I've spent the past week and a half since the event checking it out and exploring it, and it definitely gets this mama's stamp of approval!

My five-year-old is obsessed with animals. Stuffed animals, baby animals, pets (ahem, that's part of why we have so many), animal books - you name it! She talks about aspiring to be a "doctor for animals" (veterinarian is such a tongue twister when you're little!), and who wouldn't encourage that love and goal in their child?

So what, you might wonder, makes Animal Jam special, in this age where there is no end to the apps and games in creation? What differentiates it from the other animal-themed games around? And why would I allow my child to spend time playing Animal Jam instead of pursuing other interests and activities?

For one, let me start with this. We limit screen time, but we do allow it - we're certainly not shunning it entirely. There is so much to be said for using computers, tablets and other technology to encourage learning in an active capacity, as long as healthy limits are set. Ava has a very active mind, and an equally active body to match, and sometimes it really helps her to sit still and occupy herself - and let's not kid ourselves that it really helps me, too ;)

As for Animal Jam, the first thing about the game that really piqued my interest was the security measures set in place. With internet safety forefront in the mind of every parent whose child does anything online, including games, the only way Ava is playing any game or spending anytime online is if I've vetted the security features and ensured that there is no way a predator could be lurking in the background. I know it sounds paranoid, but with all of the pros of advancing technology, there are some cons to be had as well, and better safe than sorry! National Geographic Kids has very vigilant chat filters and in-game moderators, ensuring that children are unable to use their names, any numeric feature that could be used to give out personal information such as age, address, phone number and more, and any sort of foul language, slang or otherwise. Because of this, Animal Jam has won numerous awards, such as Mom's Choice Awards, Parenting Publication Awards, and Reader's Choice Awards! 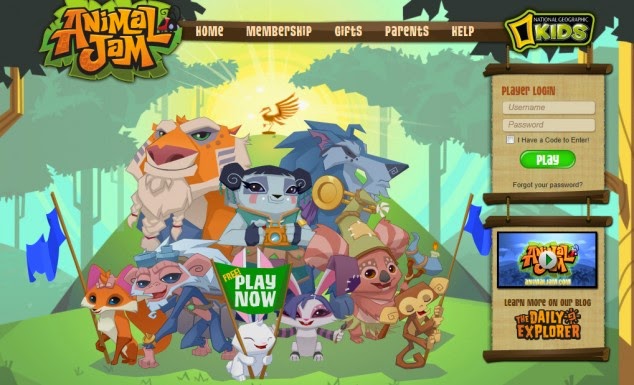 As for the game itself, safety isn't all it has to offer! With their goal, "to inspire children to explore and protect the natural world outside their own doors, making science accessible and fun!", how can you not want to play? Animal Jam is packed with information, videos, factual tidbits, and games - learning has never been so fun! There are also plenty of tie-in activities available offline as well, from coloring pages and other downloads and printables that will keep your child engaged and interested long after the computer is off!

You can play Animal Jam in association with National Geographic Kids Online here, or check out advanced features with a membership for even more options and opportunities for fun and games!
Posted by B at 3:35 PM