Things to Do in Austin: Texas Military Forces Museum at Camp Mabry.

Considering I've been living in Austin for over a decade, I'm ashamed to say that I've never been to Camp Mabry before! Sure, I drive past it more or less daily, but I've never actually been on base, and it was high time that we changed that!

Having recently decided to start working down a less-obvious-things-to-do-in-Austin bucket list, I knew that with the weather finally cooling off to the point of spending time outside, visiting the Texas Military Forces Museum at Camp Mabry was at the top of the list!

We were almost deterred when we saw the outside sign said that it was closed on Mondays and Tuesdays, but when I saw that the museum door was open, I decided to check before getting Ava out or disappointing her. Thankfully, the hours had changed, and it's open now Tuesday-Sunday! I'm so glad we checked :) I'm also glad the sign hadn't been changed yet, since we had the place entirely to ourselves! 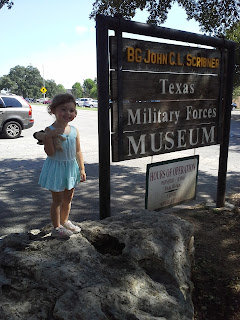 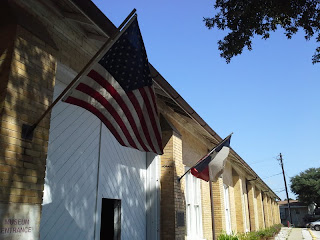 Let me preface this by saying that I've been to a lot of museums, both in Austin and nationally/internationally, and still, I was impressed by this freebie in the heart of the capital. It was seriously well done, extremely educational and inclusive, and yet it seems to not be very well known - which is a huge shame!

Here are a few of our favorite exhibits in the main hall, where tanks, humvees, aircraft, weapons and artillery, medals and more were on display: 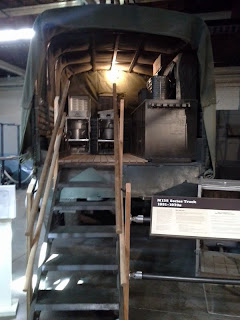 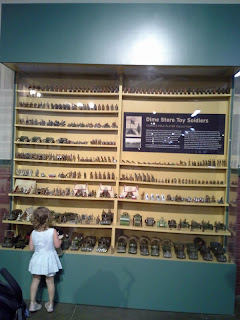 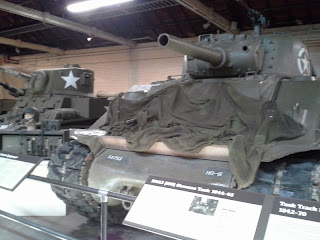 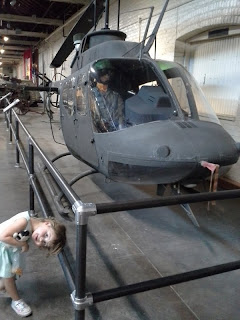 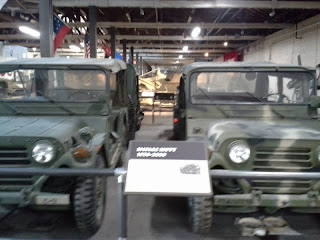 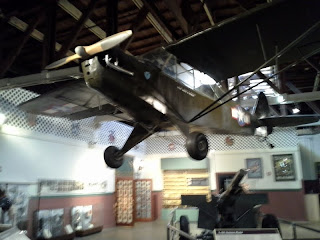 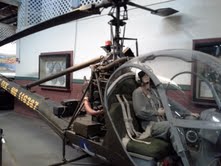 Aside from the main room, there were several side rooms, including a State Hall of Honor and an Insignia Room: 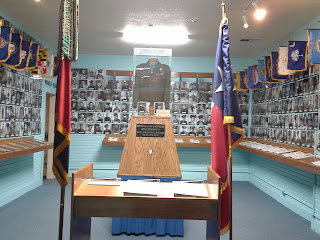 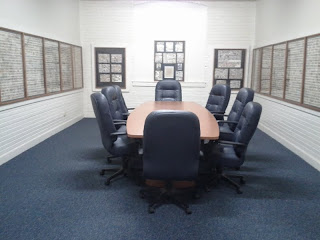 There were also back rooms, where Civil War, the Origins of Texas Military History, Cold War, and 9/11 and Beyond were on display, and those were personally my favorite part. Check it out:

A re-creation of the Battle of the Alamo 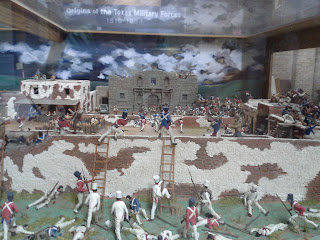 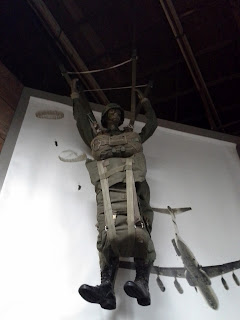 You're allowed to try these on! Too bad they were too heavy for Ava... 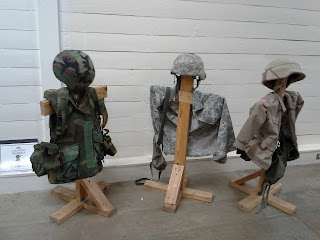 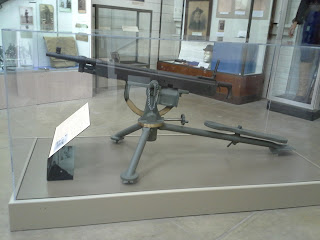 The 9/11 section was one of the most significant, for obvious reasons. It was especially emotional when, holding Ava and looking at one of the most well-known pictures of the twin towers under attack, she asked, "Mommy, what's happening with that fire?" 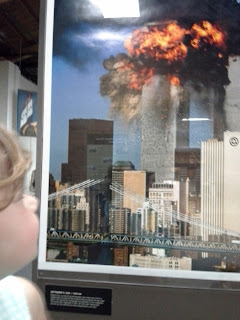 How do you explain that to a two-year-old?! I didn't want to play it down as not being important, so I told her that sometimes there are people in the world who aren't good people, and sometimes those people make bad choices, and this was one of those bad choices. I know, I know - so obviously understated, but she's too young to understand what I will one day tell her about the 9/11 attacks, so it'll work for now.

Another of the more amazing things that were on display at the museum - and another great conversation starter if you have older children - was this unimpressive looking slab of concrete: 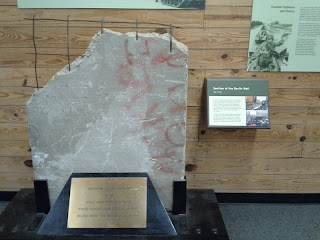 I'm so glad I stopped to read the plaque: As it turns out, this is a piece of the Berlin Wall!!! When I read that, and the accompanying plaques, I felt chills all over my body. This once stood between East and West Berlin and was broken down as a symbol of both the end of the Cold War, and the end of the oppression in East Germany. How beautiful is that piece of concrete now? 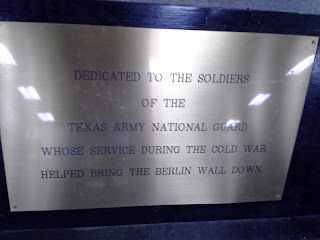 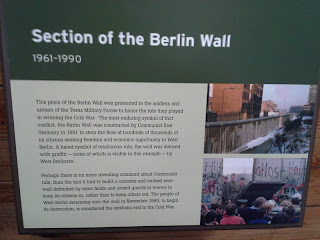 And I know, I know, you're not supposed to touch the displays, but how can you stand inches away from a section of the Berlin Wall and not touch it?!? 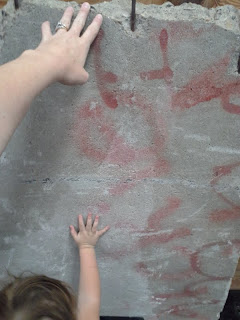 At this point, we'd managed to go through the entire inside of the museum, so we took to the outside to see the rest of the artillery and armor display before heading home: 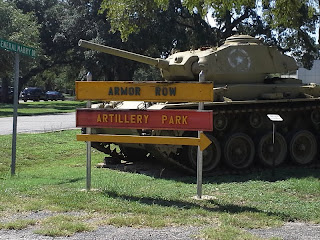 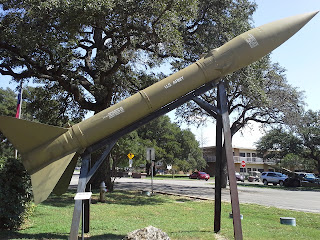 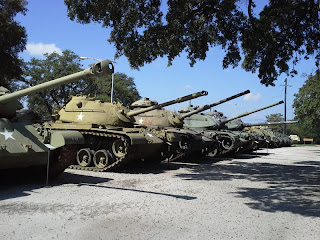 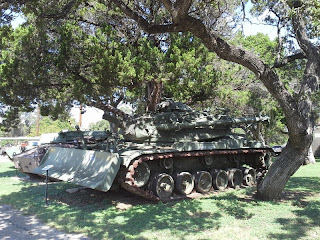 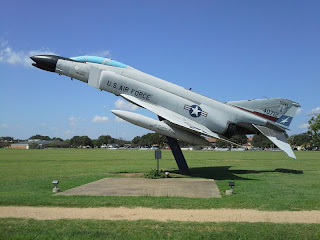 After that, we capped the afternoon off with an impromptu picnic (well, by picnic, I mean the working mom's version of a picnic - P. Terry's!) at Mayfield Park, where Ava proceeded to remind me "Mommy, that's where you were married!" Awww.

I highly, highly recommend paying this free and fabulous museum a visit. The Texas Military Forces Museum is located at 2200 W. 35th St. Austin, TX 78703, and is open and free to the public. Museum hours are Tuesday - Sunday from 10 a.m. to 4 p.m., though check the site to confirm hours before you visit to be certain. Enjoy!
Posted by B at 7:52 AM