December was a big month around here - Jack turned two months, Jack's first Christmas, Ava's fourth birthday, Ava's Christmas pageant (you get the idea), so I have a lot of catching up to do! I thought I'd devote a post (likely picture heavy!) to each event over the next week to get caught up so I can get Ava's third year book closed out and ordered :) I'm going to go in chronological order, so I'll start with Ava's Christmas Pageant, which took place December 13 and was such an adorable preschool first!

Prior to the start of the program, the school and families joined together to have a pancake supper as a fundraiser for the school. I sadly couldn't have any of the food (man, I miss dairy!!!), but it was great to get to visit with the other families of kiddos in her class - several also have babies, so we can definitely relate - and to support her amazing school. 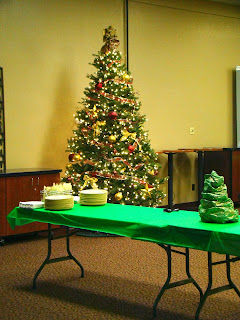 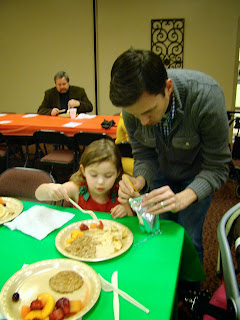 Between dinner and the program, Santa paid us a visit also to take photos with the kids and hear about their Christmas wish lists! It was pretty magical :) 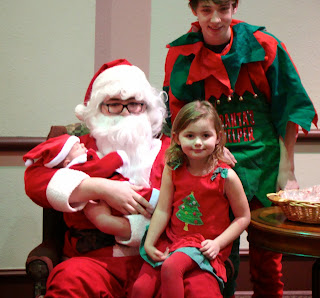 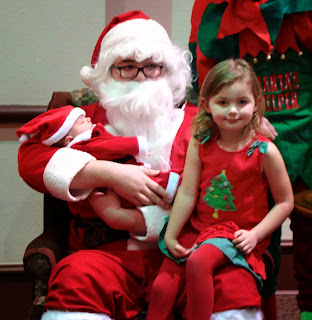 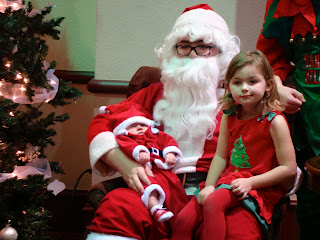 Ava is in one of two three-year-old classes, and they combined to perform "Frosty the Snowman". The four-year-old (All I Want for Christmas is My Two Front Teeth") and two-year-old ('Tis the Season) classes also sang a song, and then they came together at the end to sing, "We Wish You a Merry Christmas!", which was oh so adorable! I am so excited to have her at a school where they do both a Christmas and spring program. 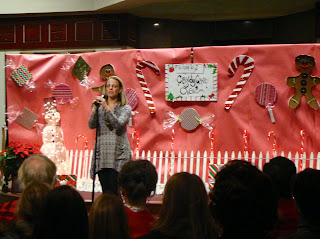 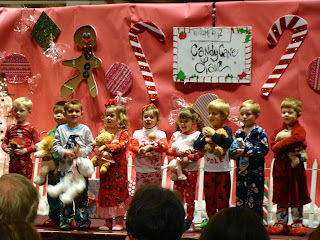 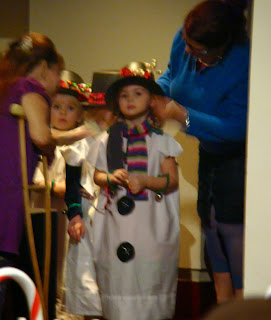 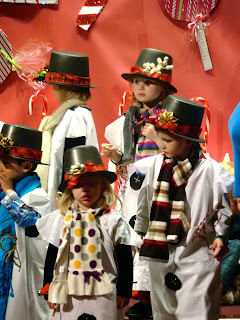 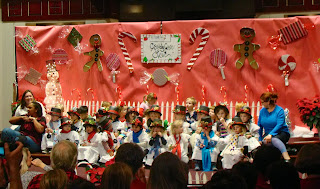 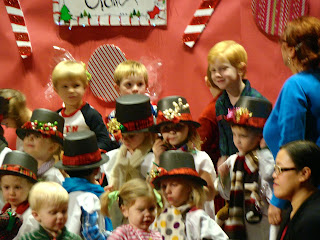 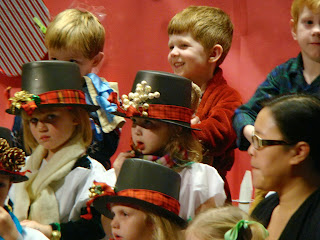 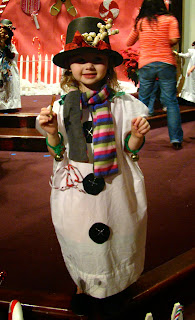 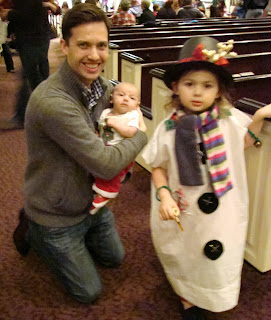