Our Final Day: A Trip to the Santa Cruz Beach Boardwalk!

Where I'm from in California isn't exactly your typical, California-esque scene. There's no beaches, it's not full of tanned and gorgeously fit people - it's a mountain town where people go to retire, complete with scenic views and snow (gasp!)! Even so, what trip to California would be complete without a stop at the beach? Ava had never seen the Pacific Ocean, and had only been to one beach prior - a Texas coastal beach at that - so we packed up, said our goodbyes, and headed to the coast to sunny Santa Cruz, California, to meet up with my best friend and her new husband for a day at the Boardwalk! 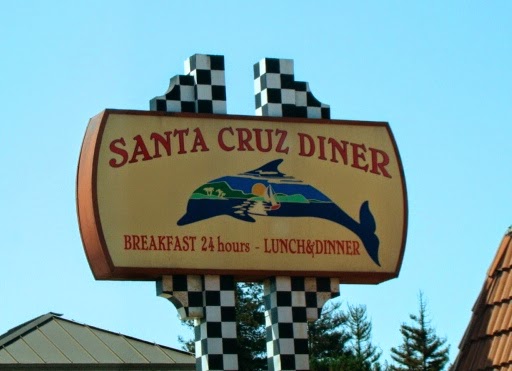 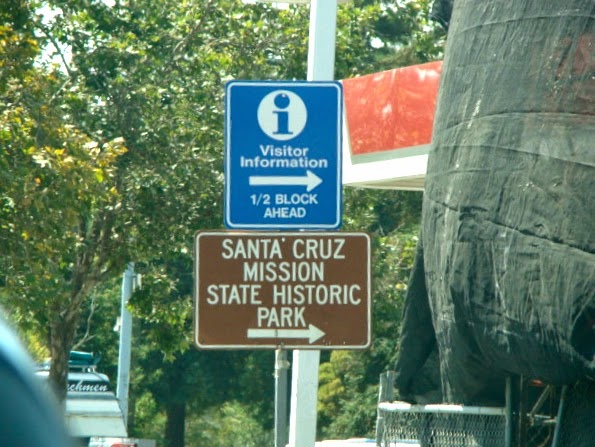 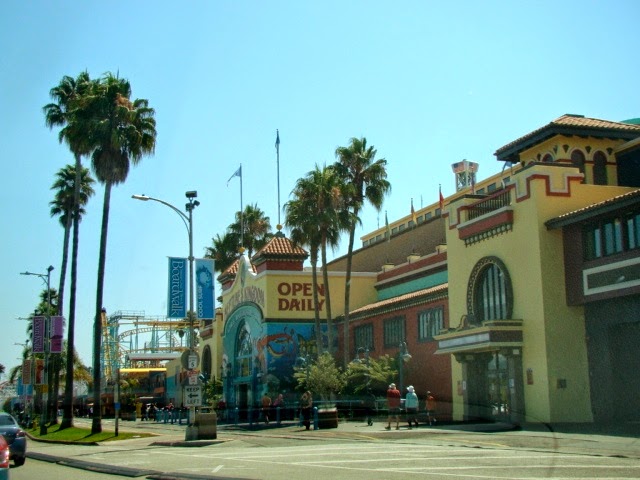 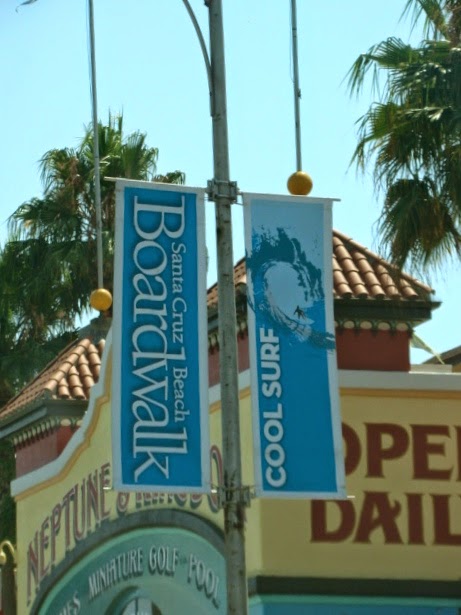 It is hard to imagine now that we're back in the triple digit temps, but it was actually a wee bit chilly there that day, so much so that we didn't spend too much time in the water, other than to let Ava splash around a bit, and to show Jack the Pacific: 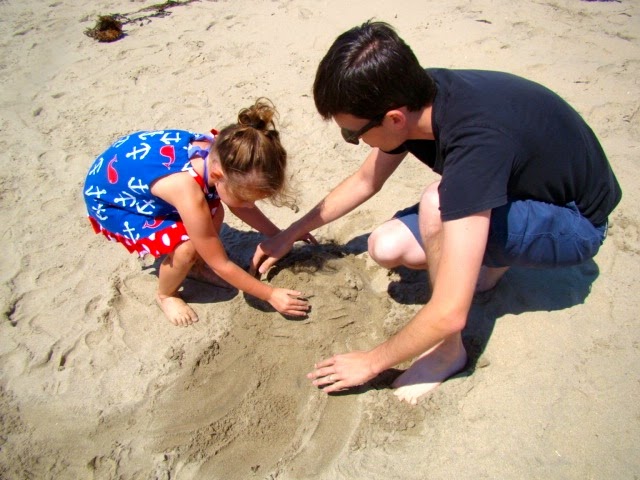 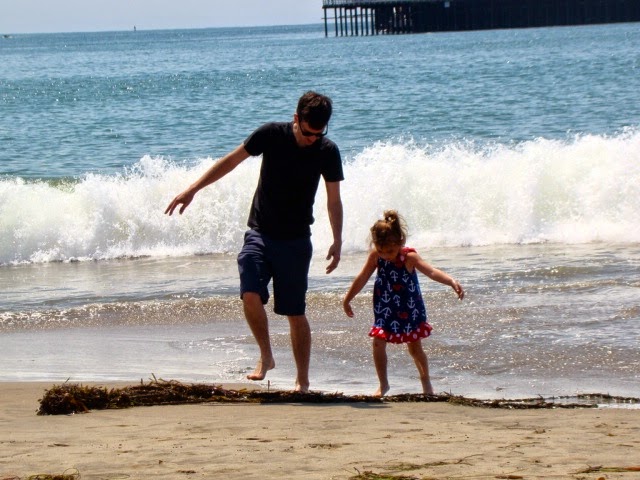 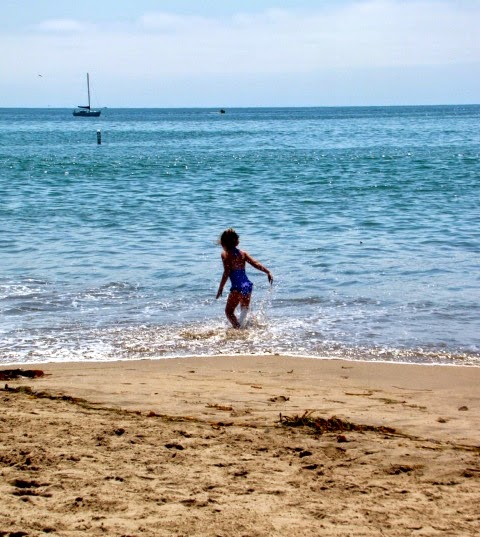 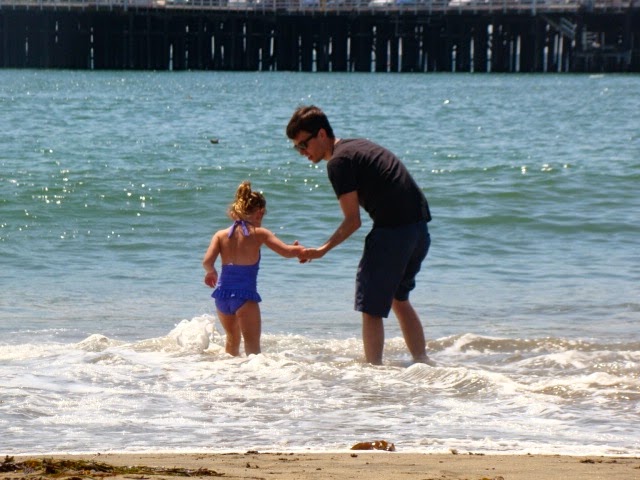 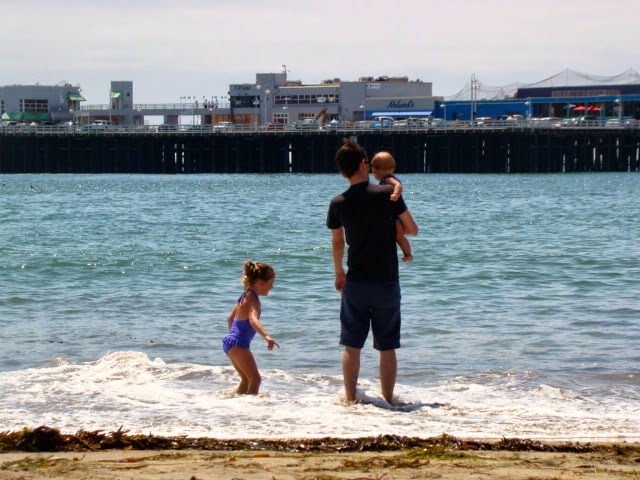 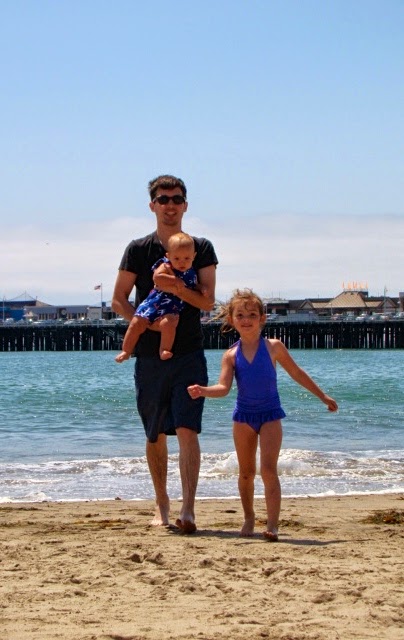 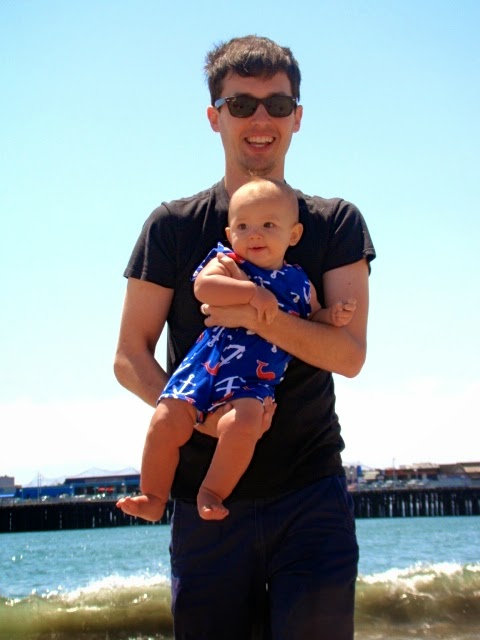 And it was so great to see my bestest friend, who I hadn't seen since my bachelorette party and who recently got married in Hawaii! I've known her - and her family, who also came to the Boardwalk - my entire life! 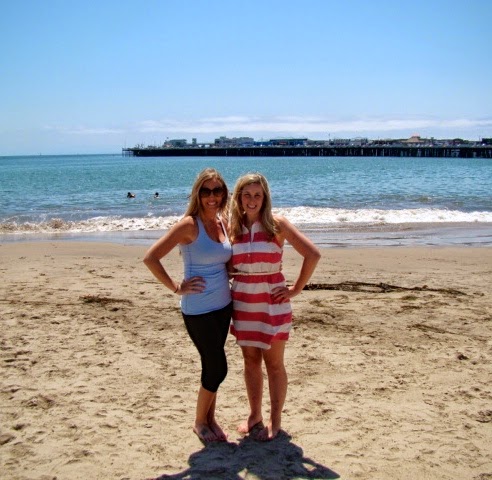 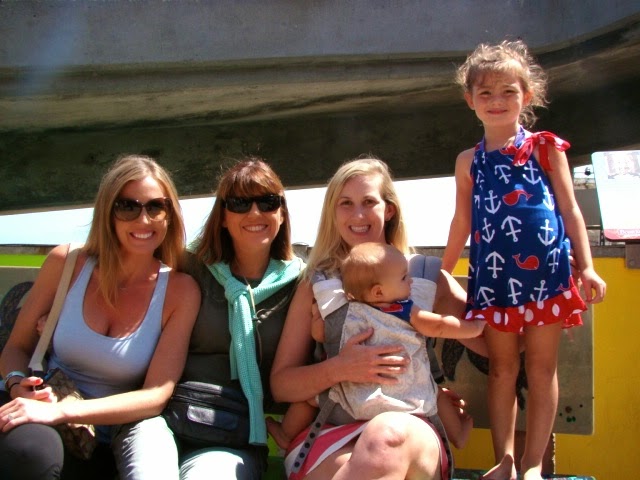 The boardwalk itself was fun, though Ava was in that in between age where she was too big for the little kid arcade games, and too small - or, in all actuality, short - for the big kid rides, so we didn't do too much! 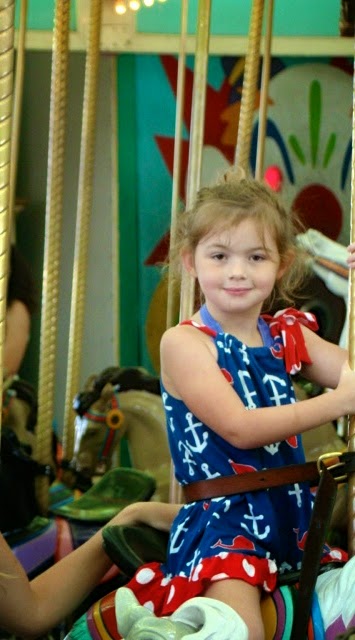 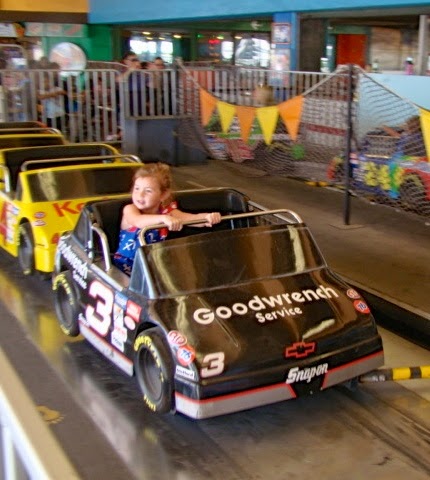 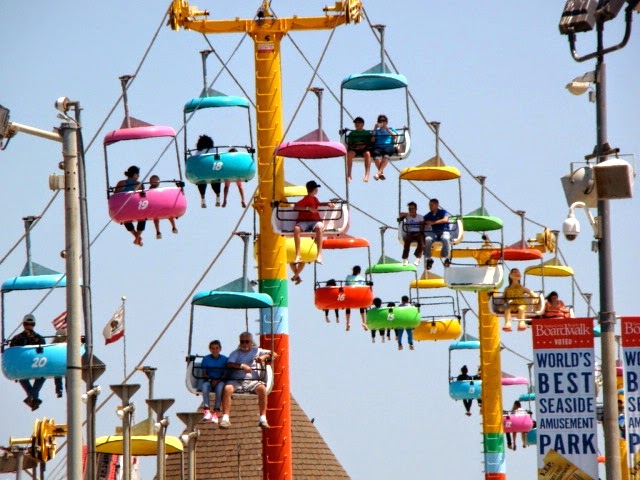 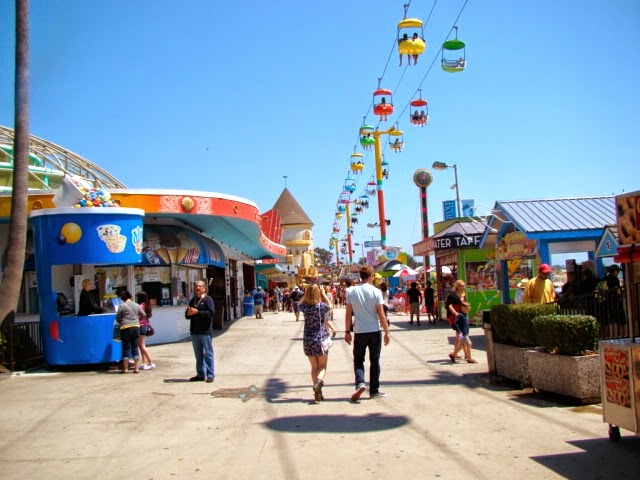 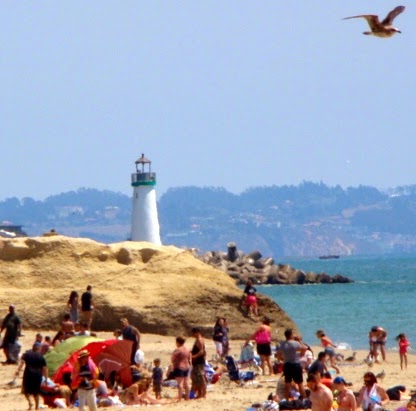 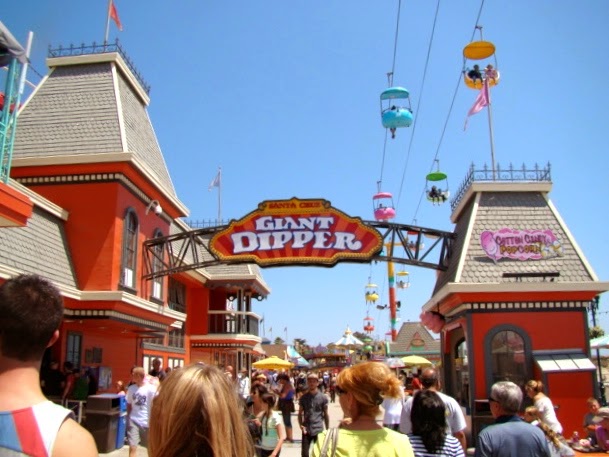 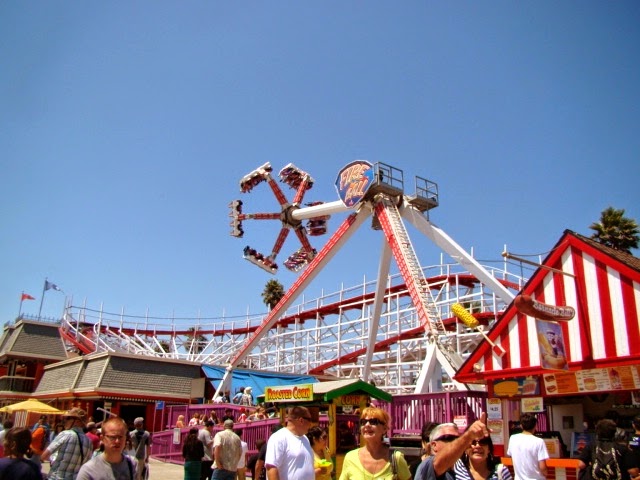 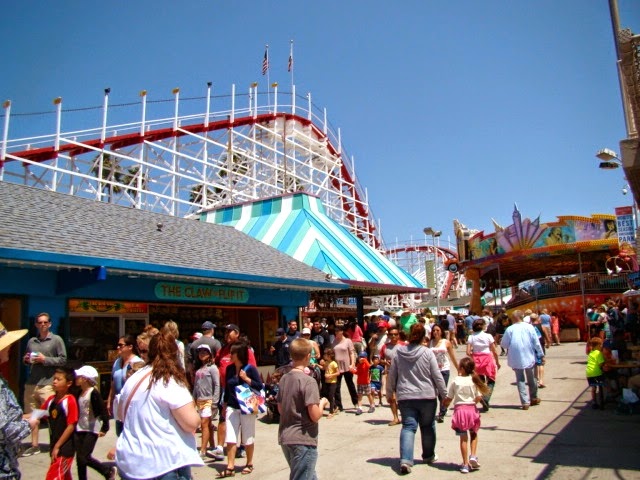 After a few hours of family fun at the Boardwalk, it was time for our vacation to end, and we headed thirty minutes down the road, back to the San Jose airport and back home! Though it was an exhausting few days, it was definitely the best trip home we've ever had. I'm already looking forward to next year, when we'll hopefully visit Disneyland!!!
Posted by B at 3:53 PM