We may not have the mountains and redwoods I was raised amongst in Central Texas, but we have many other gorgeous natural wonders to behold. One of my favorite things about Austin is all the greenery and bodies of water, directly in the middle of the urban sprawl, but another of my favorite landscapes happens underground, in the caves at Natural Bridge Caverns.

We recently took a day trip down to New Braunfels to visit both of the attractions at Natural Bridge: the Wildlife Safari, which I'll post about later this week, and the Natural Bridge Caverns, an underground network of caverns and formations. While I took Ava to visit caverns a couple of summers ago, she was two years old, and barely remembered the trip. This time, however, she was the perfect age for it, and loved exploring! 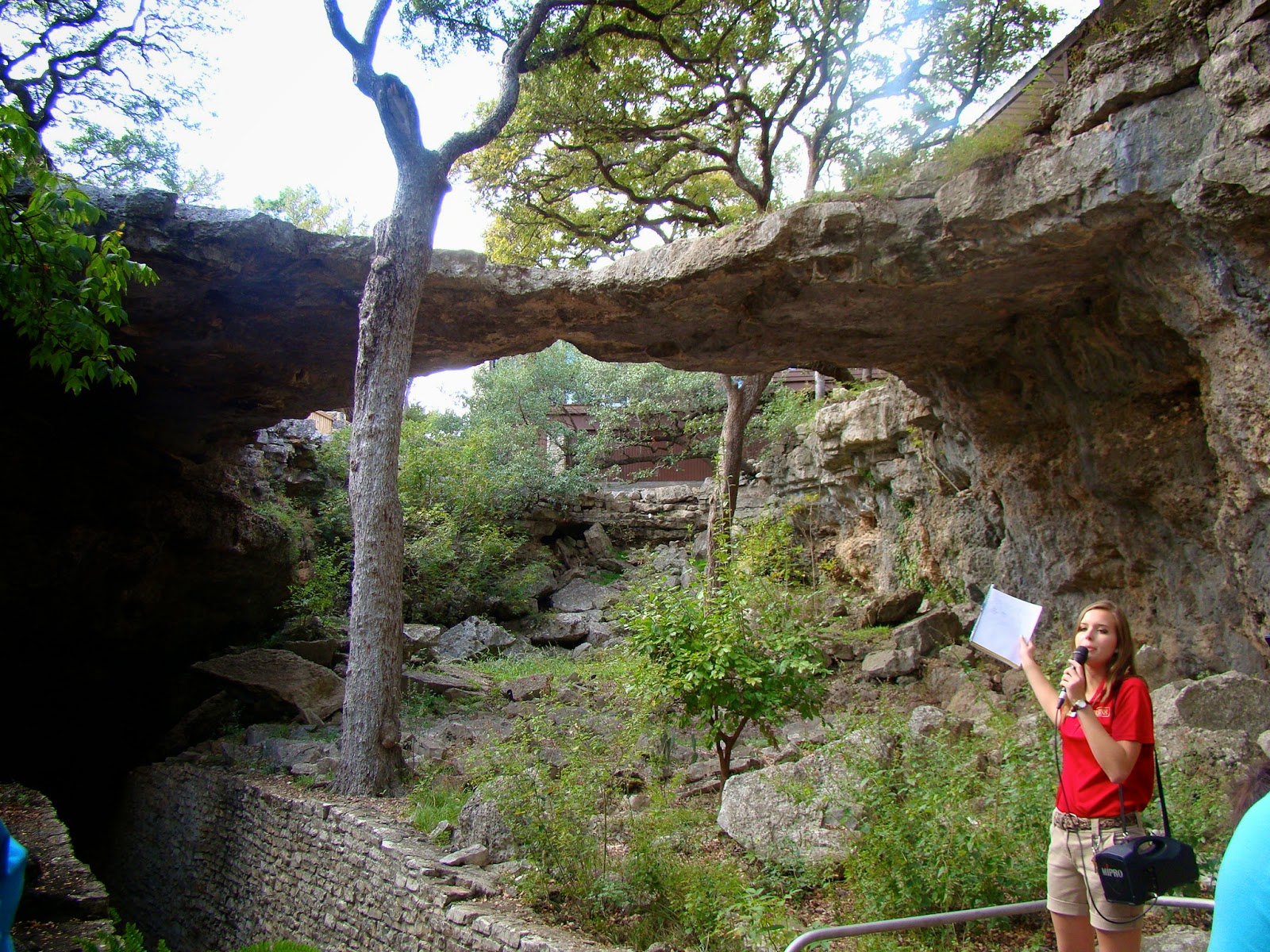 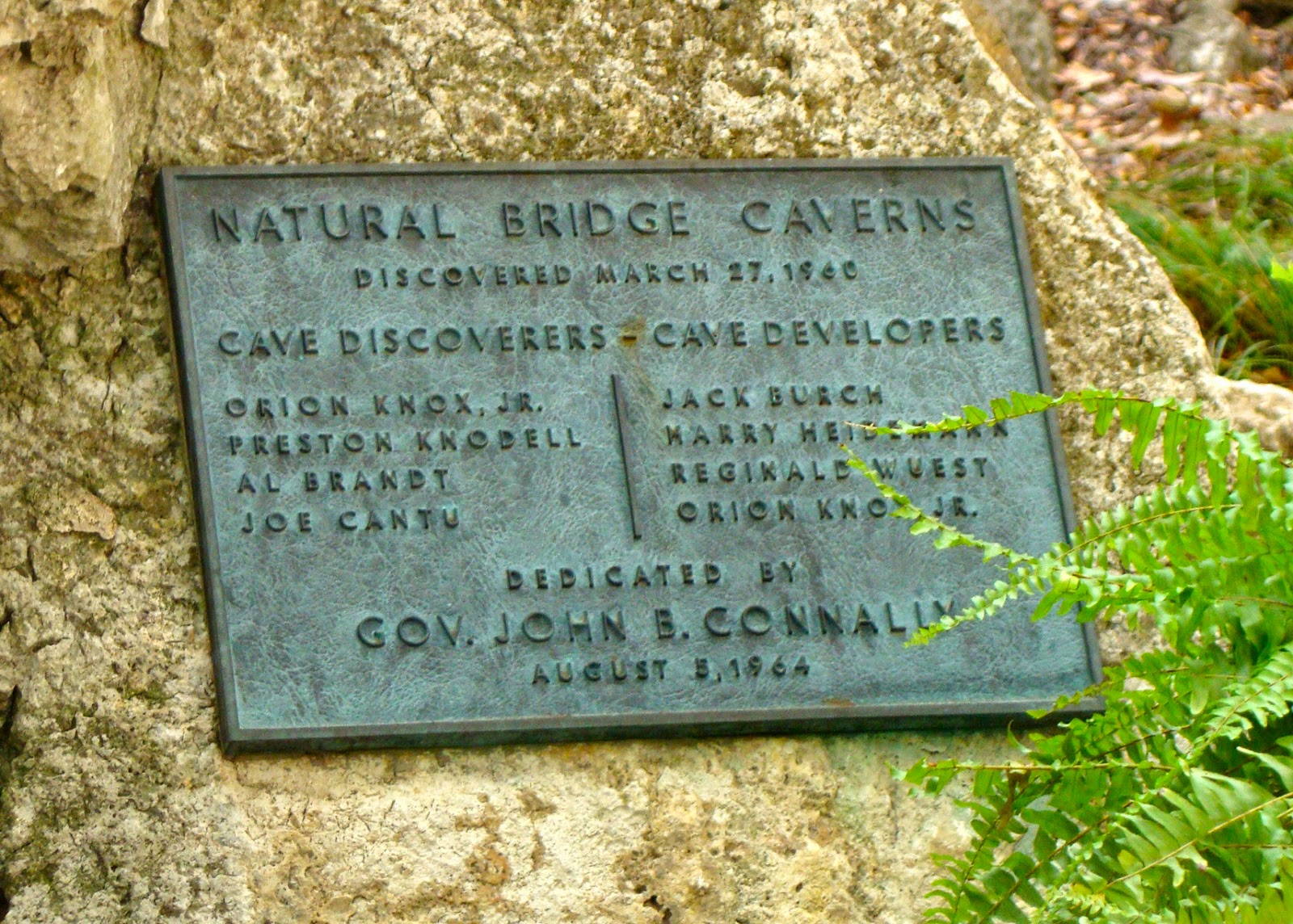 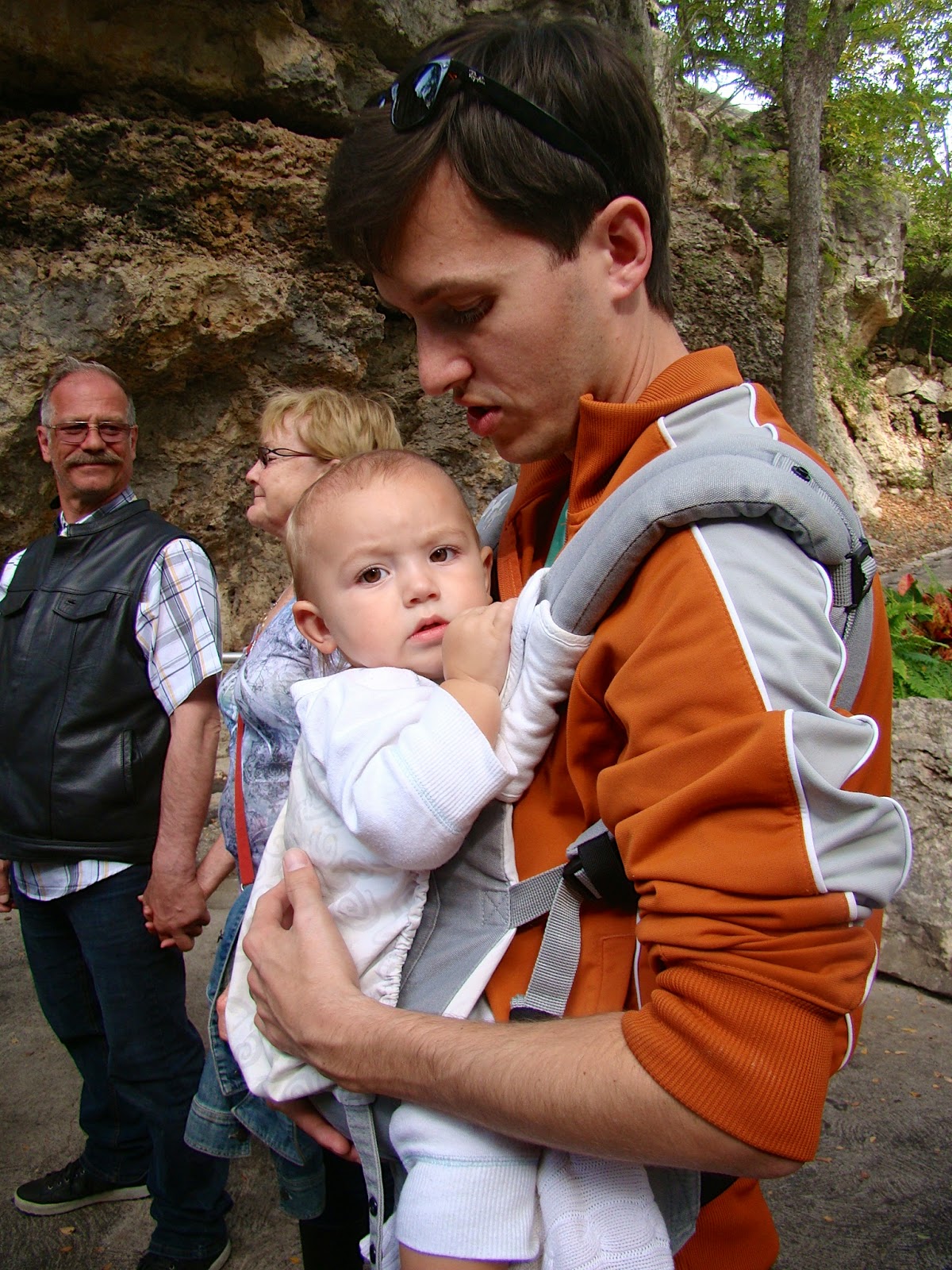 We arrived just in time to squeeze into a tour that began a few minutes later (tours depart approximately every forty minutes), so I strapped Jack into the Ergo*, and off we went with one of their very knowledgeable and friendly tour guides (*Let me just say here that, if you're planning to visit with a baby or toddler, a baby carrier is absolutely necessary! No way could I have managed keeping my tiny one in check during the stairs and inclines, nor could I have kept him from attempting to touch everything, without having him in the Ergo.)!

The tour began with a quick history of their formation and discovery, as well as our tour guide going over the rules with regards to touching (not allowed) and whatnot. Then, with a step down and into the climate controlled doors (the caverns are kept at 70 degrees and 99% humidity - see 'fro pictures for evidence...), we were off!

I won't share too many photos from down under here, because I don't want to ruin it for those of you who have yet to visit, but let me just say that all of us were impressed with what we saw. Every time I would snap a photo, thinking that surely this was the most beautiful spot in the caves, I would then round a corner or ascend a staircase and then see something even more spectacular! Here are a few of my favorite formations: 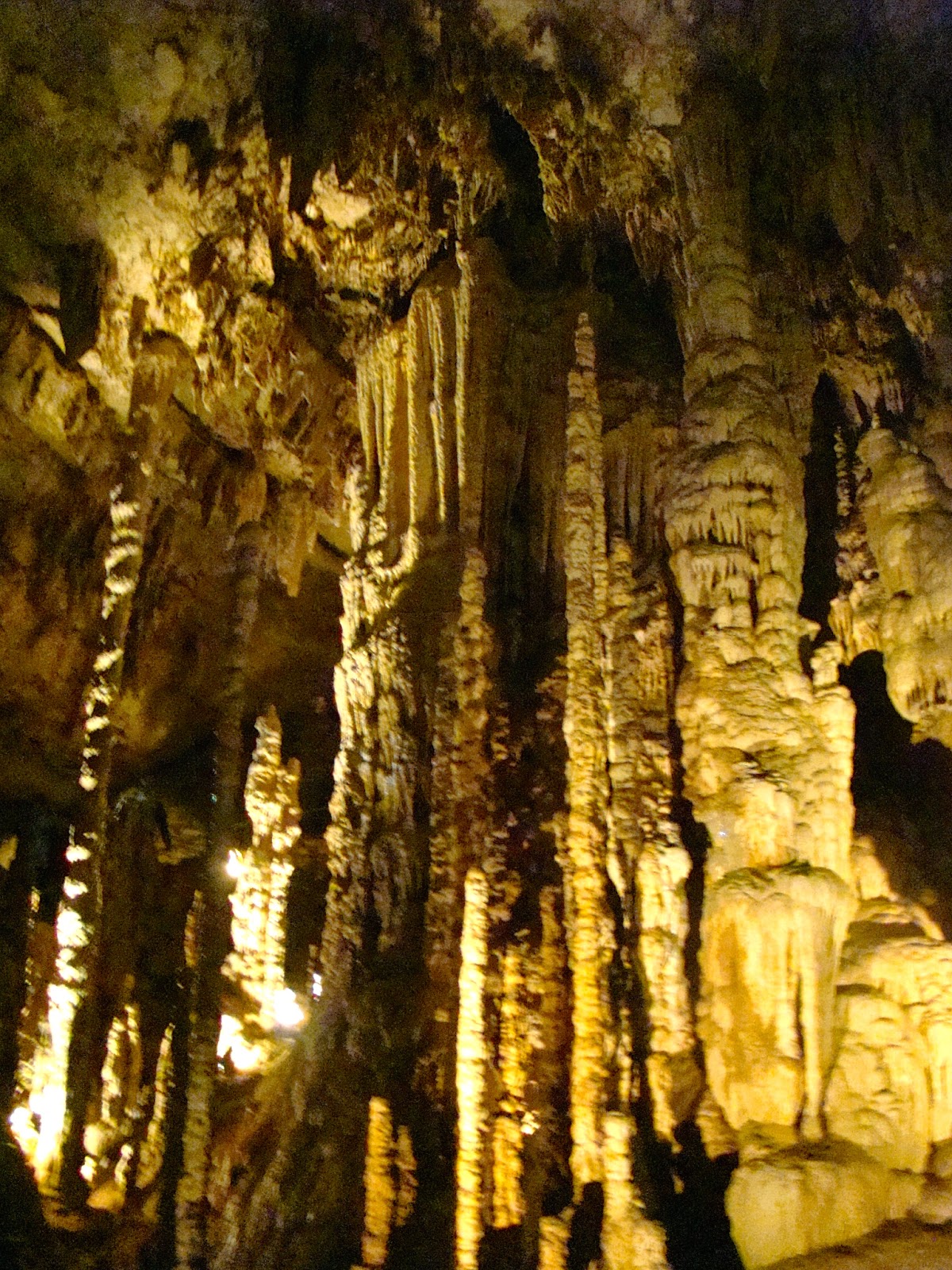 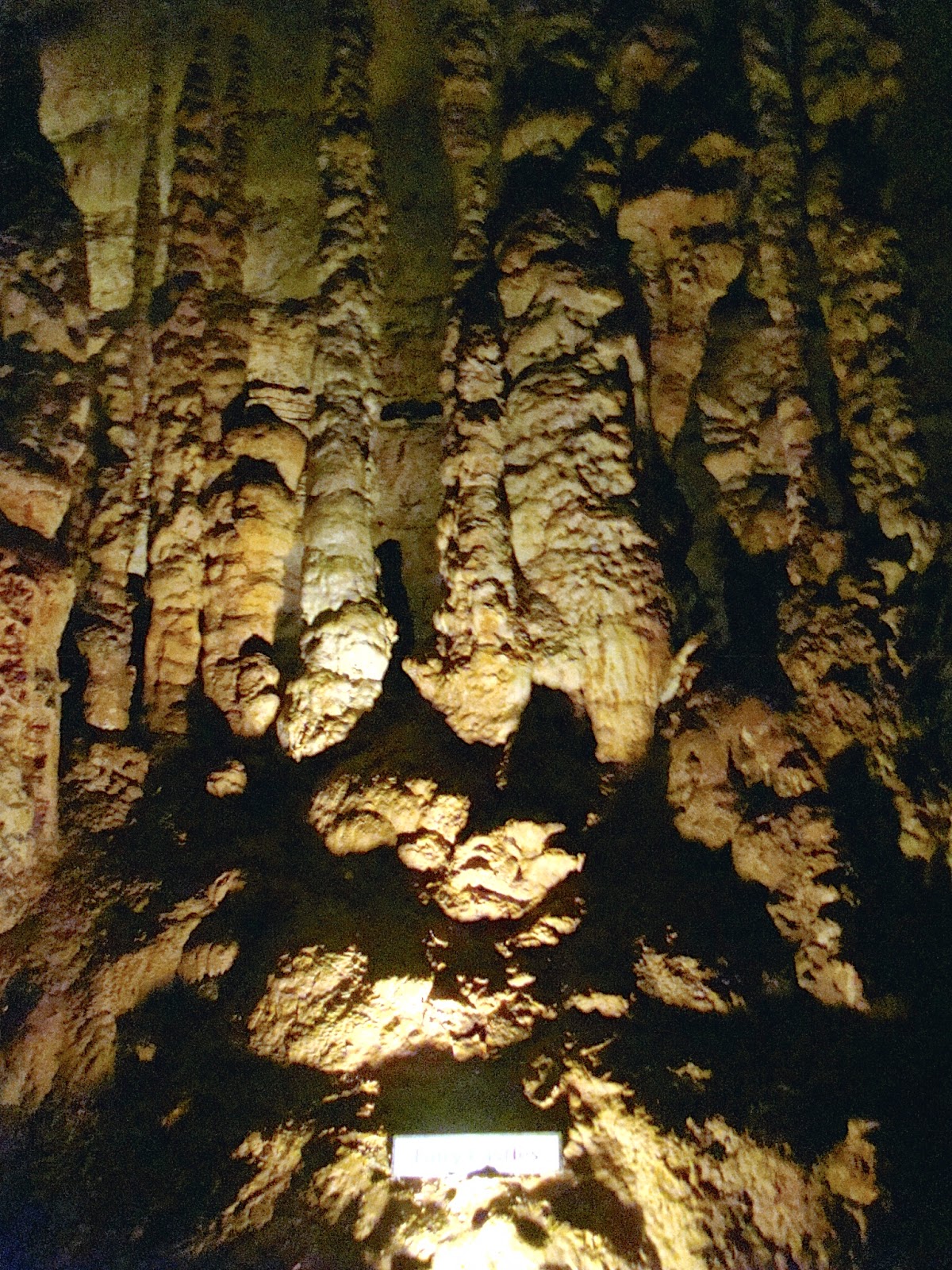 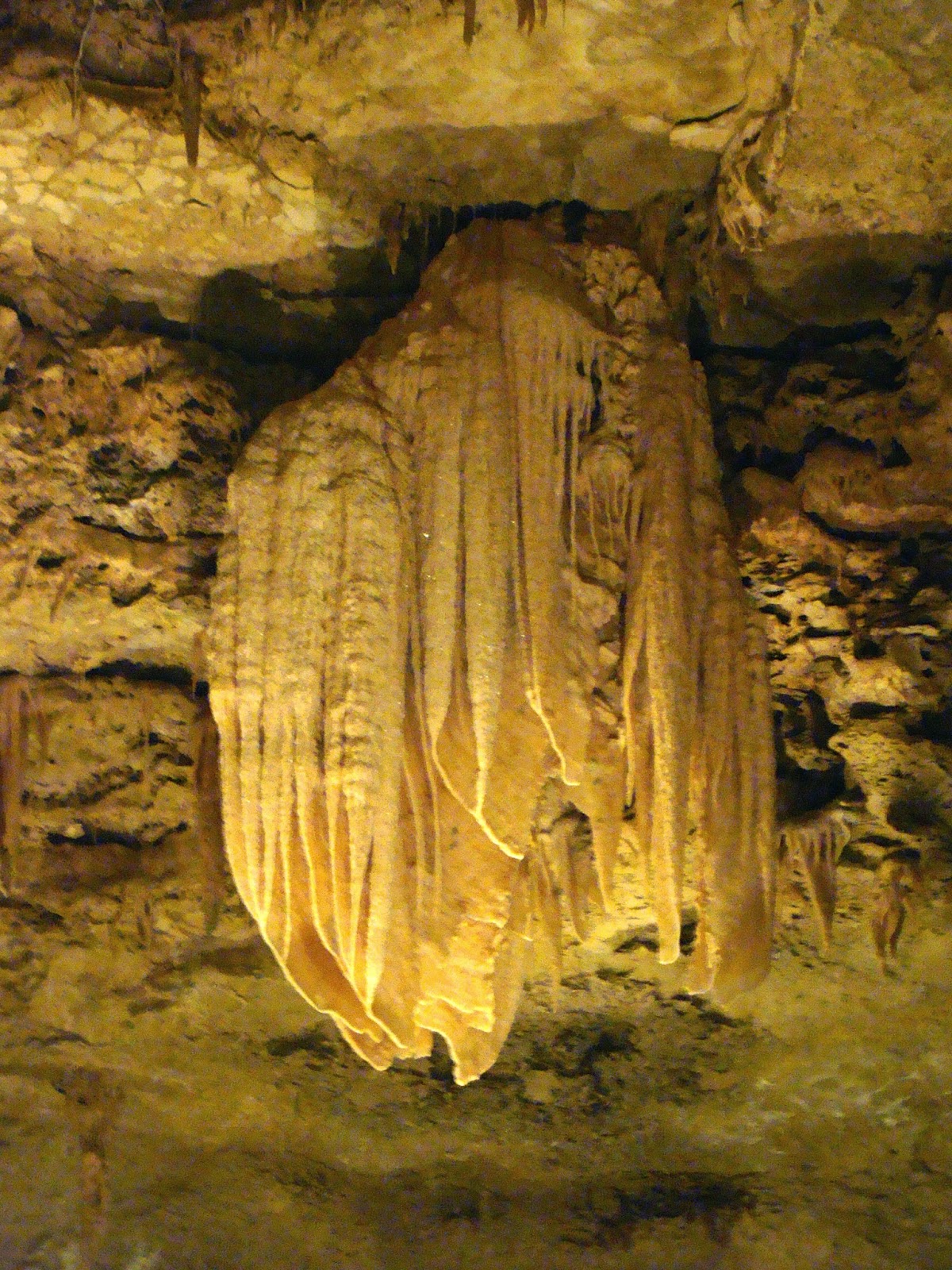 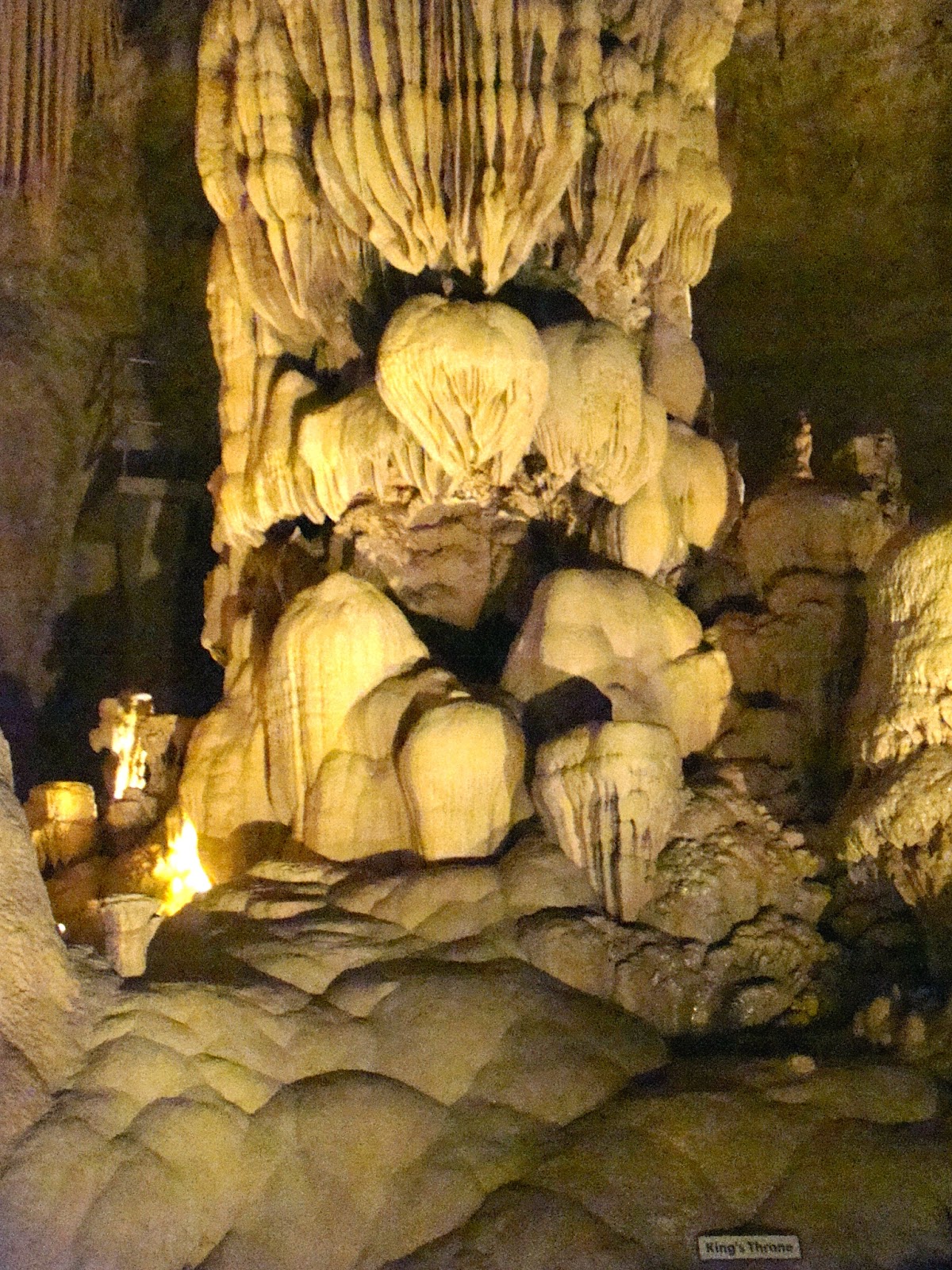 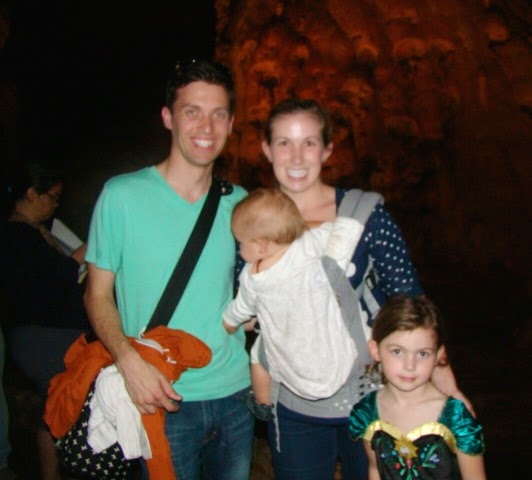 ^^Ava looks psyched, right? LOL. She is currently going through an, "I don't want to smile in pictures" phase that I could certainly do without, but we had a great time, and managed to get this one blurry, awful photo of the four of us while 180 feet underground. Eh, they're not all gems, but at least the experience was amazing!

Aside from the tours, Natural Bridge Caverns also has a gift shop, a canopy playscape and zip line, gold panning and more - definitely fun to be had for the entire family!