Our Trip to the Bob Bullock Texas State History Museum

For my birthday last week, I decided to go against all instincts, and take four kids to see both an IMAX movie and to see the Bob Bullock Texas State History Museum. Happy freakin' birthday to me, right? Seriously, I'm a glutton for punishment.

Anyhow, we actually had a surprisingly good time, considering I was outnumbered by a 4:1 ratio.

We started off at an IMAX showing of To The Arctic 3D, which was a really awesome movie about the life of a mother polar bear and two of her cubs, and how global warming and climate change has made an impact on their lives. It also talked about the migration of caribou and how they have been affected as well, as well as a general overview of the daily life of Arctic animals. The only caveat was that some of those daily habits included polar bears eating seals. Oops.

The movie went well, for about fifteen minutes. We had a pretty full house since there was a school field trip there - including several elementary school classes. Ava also had no interest in keeping her 3D glasses on, so I worried about her getting a headache from trying to watch the movie without them. Then Ava asked for her baba, which I realized we didn't have. Fun times. 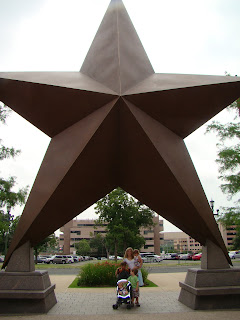 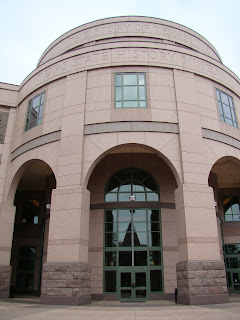 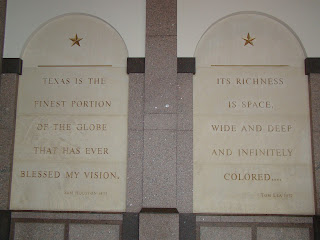 Then, we did some laps around the first floor of the museum. We weren't allowed to take photos, so my pictures are pretty scarce, but it was definitely a well-done museum. The only thing I would caution others about is that it's definitely aimed at the 6+ crowd, since a lot of it was too school-aged for them. Good to know in a few years when A's older :)