I would never have thought to take my two-year-old bowling if it weren't for having older kiddos with me, but turns out, it's a pretty fun adventure and a fantastic way to beat the heat in the dead of summer!

Thanks to the Kids Bowl Free special running through the end of this month, we were able to go play two games (well, we cut out midway through the second - nobody was feeling it anymore by that point, especially not me!), including my two and all four of our bowling shoe rentals for $18! Great deal, right? In Austin, the two Kids Bowl Free participating bowling alleys are Highland Lanes (Burnet & 183) and Mel's Lone Star Lanes (somewhere down South), but if you're an out-of-towner, chances are there is a bowling alley near you where you can take your kiddos to bowl up to two free games a day as well! Even the Great White North is in on the bowling action, so don't despair if you reside in Canada!
Check out pictures from our bowling adventure:


My three little ladies, gearing up to throw some balls! 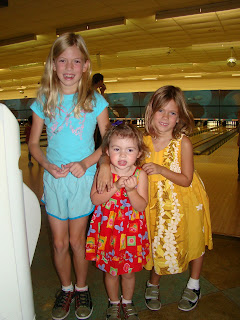 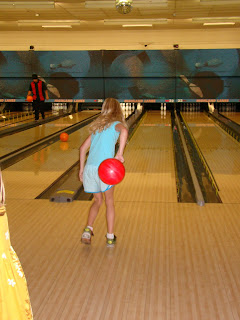 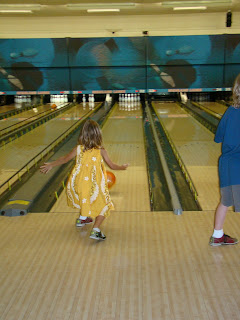 I was a bit worried she wouldn't be able to lift it, but she's surprisingly strong! 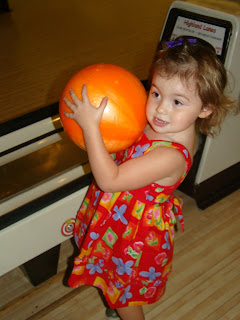 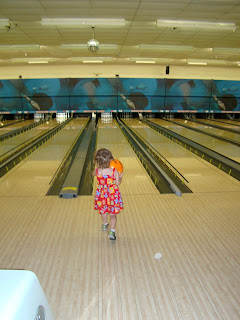 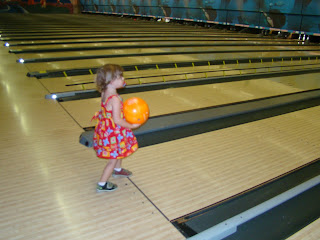 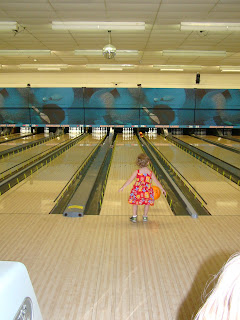 Not too shabby for a two-year-old (or a twenty eight-year-old, for that matter!) 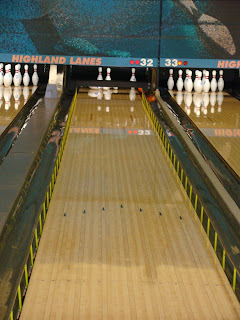 The awesome mural at Highland Lanes 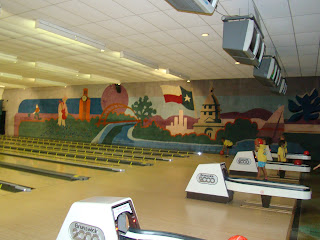 If you've yet to take your little ones, you should consider going before the summer is up, especially if you've been sweating it out every time you step outside lately like we are here in Central Texas! This was a great way to spend a couple hours, and was nice and cool (not to mention the super great stereotypical bowling alley music, including Livin' on a Prayer and other classics the kids won't know but us moms will enjoy!). Most also have food - and some, like Highland, even have a bar - so you can make an afternoon out of it!
Posted by B at 6:49 AM