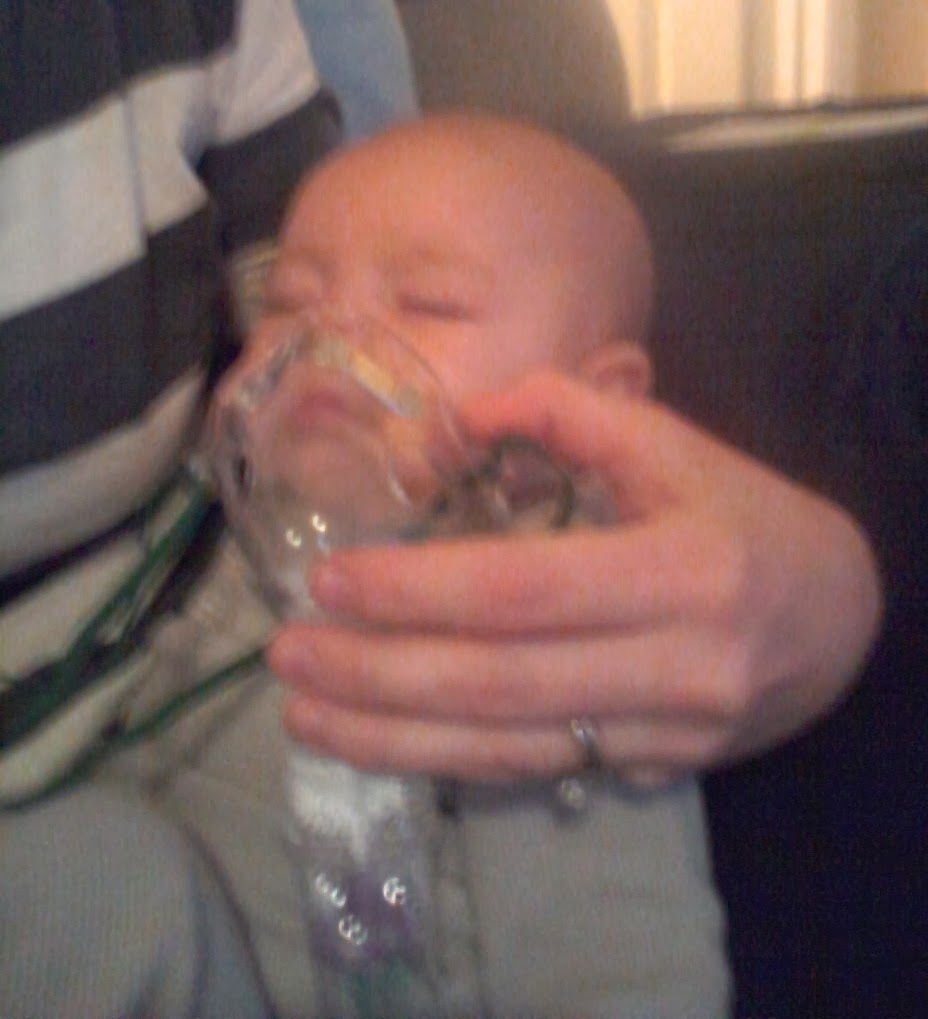 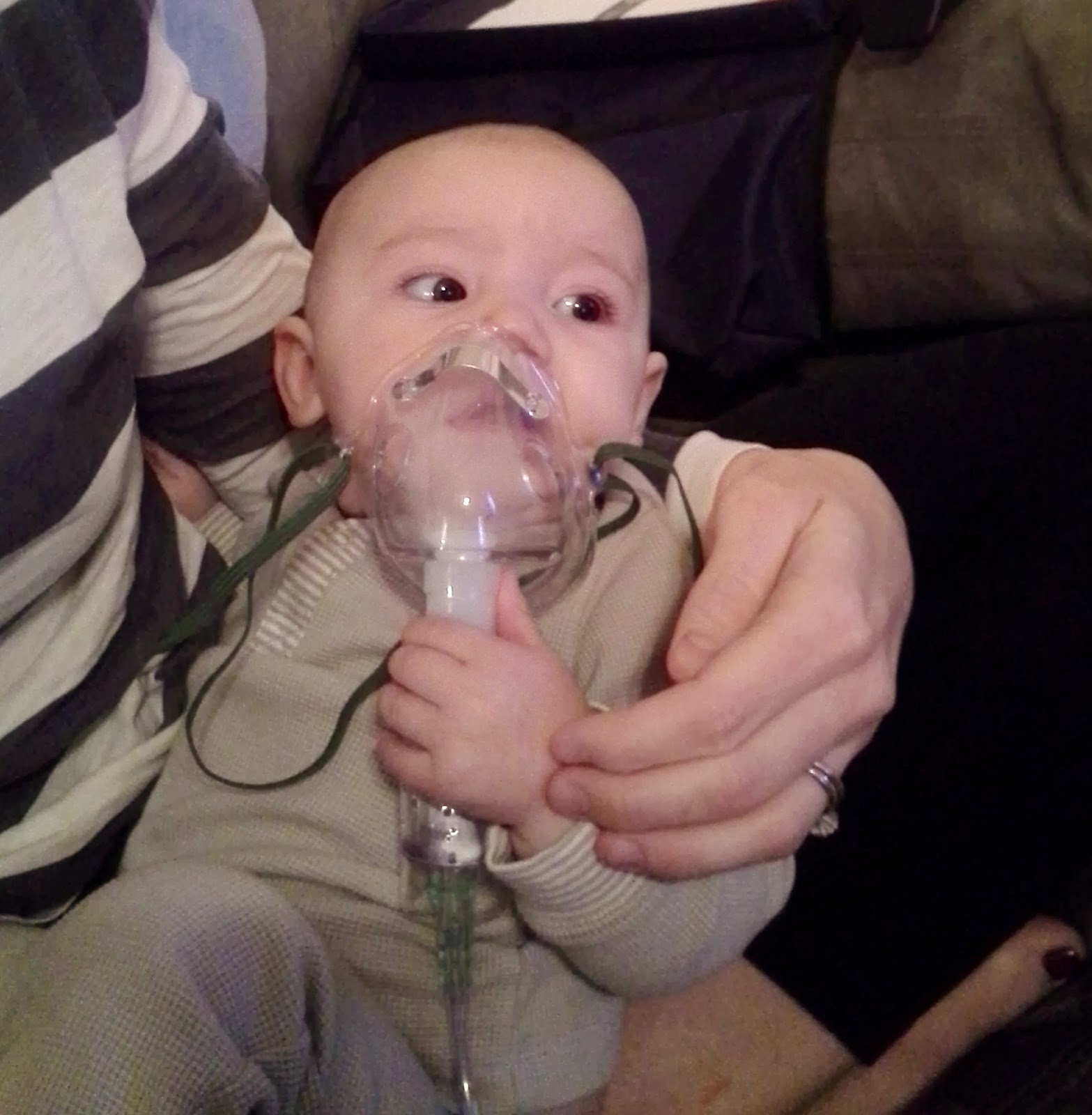 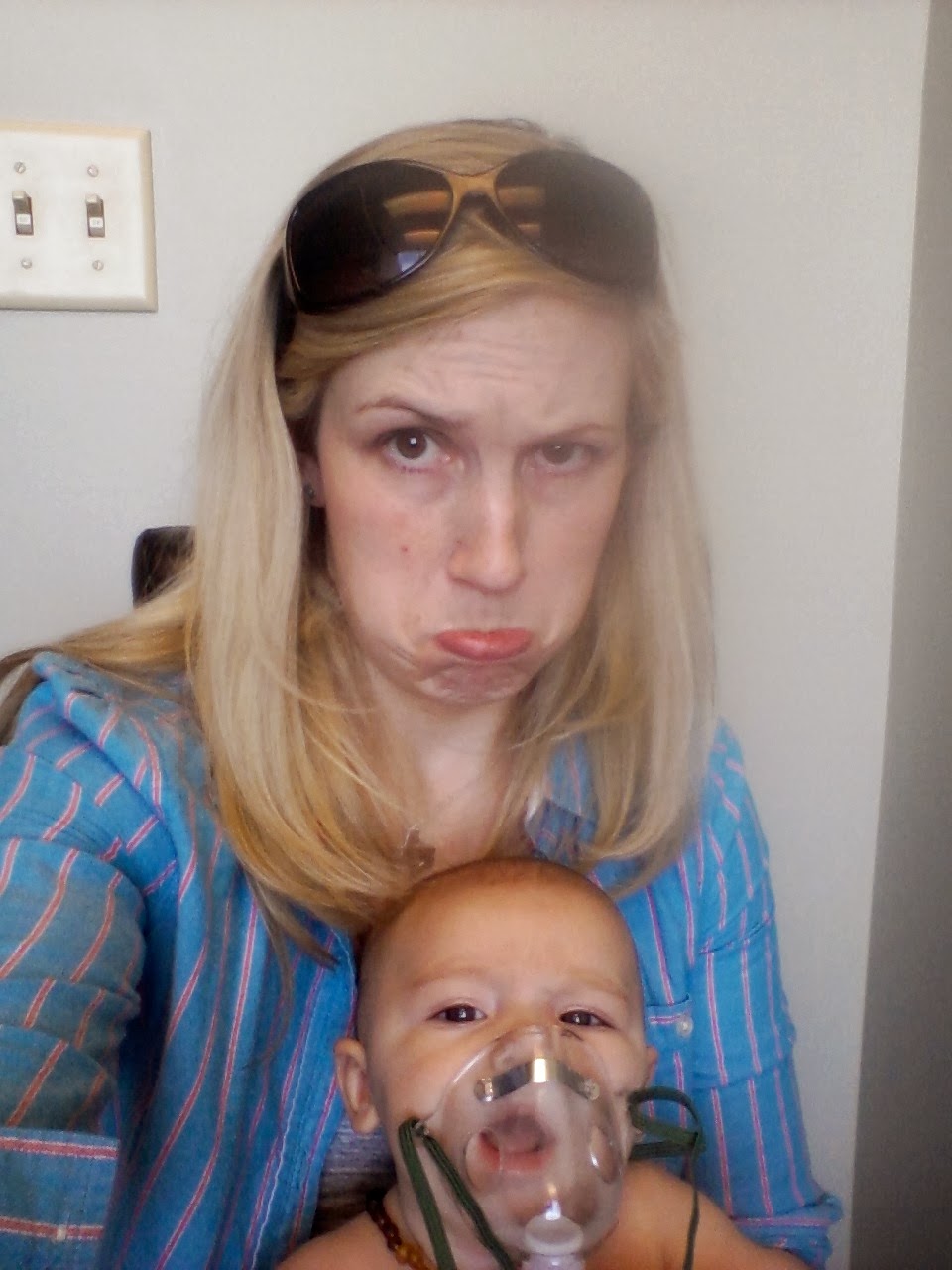 Sweet baby boy has RSV. Ava was sick earlier this week, spiking a 102 fever (high for any of us - we run in the high 97's and almost never get fevers), and getting an increasingly deep cough, so in we went to the doctor. I tried my absolute best to keep them away from each other, but with his absolute desire to eat his hands all day long, and her love of touching him and talking to him rightupinhispersonalspace, the inevitable happened. I was hoping I was overreacting when I heard him cough in his sleep Thursday night, but knowing the weekend was upon us, I marched him right into the pediatrician all, "Well, I'm probably overreacting…" because he was in such high spirits, and then the rest is a blur of positive RSV tests and breathing treatments and we're now the proud owners of a shiny new breathing machine. Sigh.

Though we caught it early - yay mommy instincts! - he has unfortunately continued to get a bit sicker, despite numerous breathing treatments, and so I ask for your prayers. Mainly, that he be restored to good health, that he doesn't spike a fever (anything over 100.4 we were told to head into the ER due to the risk of pneumonia and breathing complications), and that we don't need to go to the hospital. Also, we're in the process of going from my husband's employer-provided insurance to private insurance due to a job change (someday I'll post about this, I swear), and so we're officially insurance-less come Friday, though I'm working some magic on my end to get ours to go into effect ASAP, so hopefully it won't come to that. Anyhow, if you're the praying type, I'd love for you to send some up for my little guy, please and thank you!
Posted by B at 8:27 PM