Maybe to you, a vacation to the Happiest Place on Earth, complete with your recently divorced parents, your dad's new girlfriend, your in-laws with social anxiety, and your extended family, complete with three teenage sisters, four cousins and your aunt and uncle, sounds like chaos. And, to be ever so slightly honest, chaos did ensue from time to time. But, honestly? Though the combination had the potential to be straight up explosive, we just got back (well, a week and a half ago, but I'm only just now feeling back on track schedule-wise!) from what is definitely, hands down, the best vacation our family has ever had!

A little back story: we started planning our trip just after Christmas, knowing that two of my three younger sisters were going to be dancing in Disneyland's 'Dance the Magic' parade in early-to-mid-July. Though we booked our hotel and flights in January, we didn't tell the kids (Ava in particular, since it's not like Jack was going to blow the surprise...) until about a week and a half before we were scheduled to leave! Seeing as how Ava asks me just about daily how many more days until her first day of Kindergarten, it seemed obvious that telling her any further in advance would be straight up torture for all parties involved ;)

Not to out myself as secretly super Type-A (not that it's not obvious on any given day), but I did a LOT of planning and research about the trip. We had five day passes, so we knew we'd have ample time to do both Disneyland and California Adventure parks, but I still wanted to have a plan in place - from fast passes, to best hours for each ride, to best order to hit the different lands in, to which night shows were most worthwhile. I had it ALL laid out. And, though that sounds the opposite of vacation-esque thinking, having a plan was an absolute lifesaver. We were able to do absolutely everything we wanted, multiple times over in most cases, and there is literally nothing I felt I missed out on when we left. It was awesome.

Now, enough chit chat. Let's get to the good stuff - the memories. I'm going to split the Disneyland posts by day because, embarrassingly, I took over 1000 pictures, and that's after editing down the blurry/duplicate/crap ones. Whoa. While I won't bore you with a thousand pictures of my family on vacation, there are some memories that I just must memorialize, seeing as how we use the blog to turn into a memory book each year, and so prepare yourself for an onslaught of pictures this week - one post for each day. Enjoy! 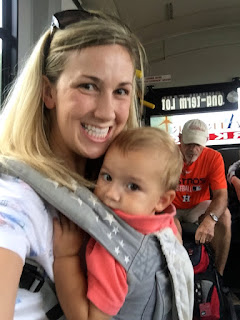 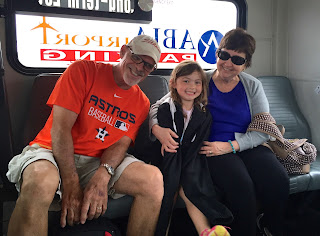 I mentioned before that my in-laws joined us, and it was great to have them. Though we keep different schedules and like to move at different paces, it was such a lifesaver to have the extra hands! We left on a Tuesday, with our flight heading out around lunchtime, and so a large chunk of our first day was spent traveling. I much prefer the flight to Long Beach and trip to Disneyland to our normal 3+ hour flight and 3+ hour drive we take when we usually go to California, so the trip felt like a breeze in that regard. Neither kid slept, thanks to being so excited, but both were great. 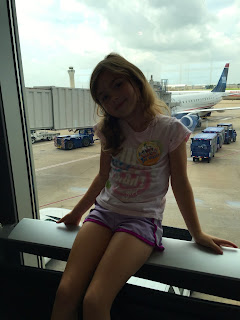 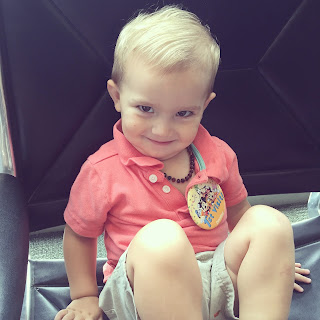 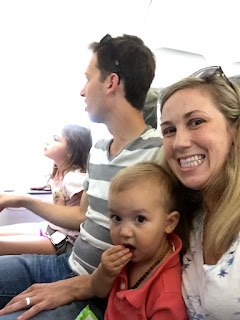 Once we were on the ground in Long Beach - a most chill airport! - we slipped into a discount van, and were zoomed away to our hotel - the Best Western Park Place Inn & Suites, DIRECTLY across the street from the resort entrance. Aside from staying on property, we couldn't have asked for a better location! 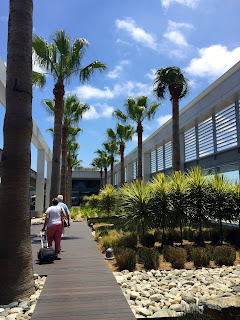 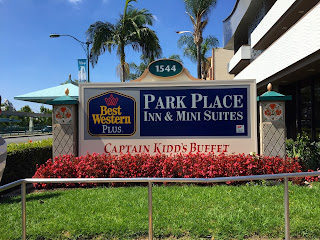 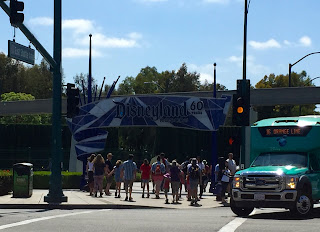 We couldn't go to the park right away, since we were waiting on my mom to arrive (she had our tickets) and she was stuck in notorious L.A. traffic, so we went upstairs to hang out with my aunt and cousins, who had arrived just after us, and got to spend some time with our family. Once my mom arrived with our park-hopper passes, we gave them quick hugs and kisses and then hauled it over to the park for the kids very first taste of Disney!! I had only been twice before - once at 12, and once at 16 - so the childhood magic had always been lost on me. Not the case anymore. Seeing Disneyland through a child's eyes, especially that first time? Now THAT is magical. 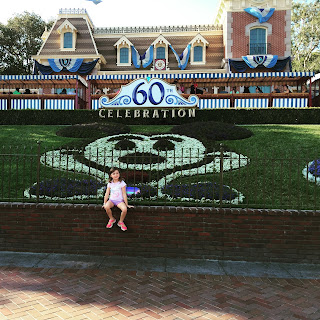 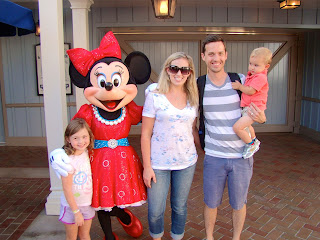 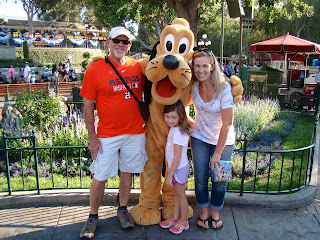 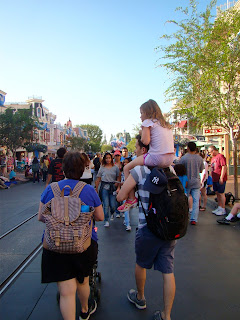 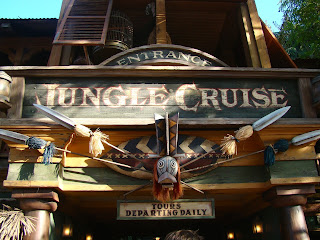 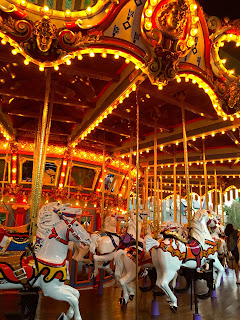 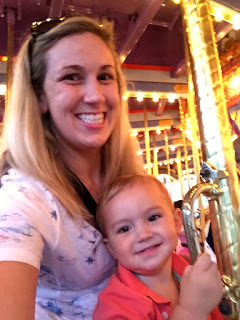 Stay tuned for what our first full day had in store!
Posted by B at 9:31 AM