Things to Do in Austin: Architects of Air at The Long Center.

As you may have read last week, I found myself (plus Ava and another child) down at the wonderful Long Center for the Performing Arts. First and foremost, I cannot say enough good things about this space. It's known as "Austin's Creative Home", and for good reason. We've seen Pollyanna Children's Theatre Productions there, numerous of Ballet Austin's ballets, including the Nutcracker, I've been on a "girls night" to see Idina Menzel, an Elton John cover band, the list goes on and on. Anyhow, when we were there last week, it just so happened to coincide with the traveling Architects of Air: Exxopolit exhibit, and it wouldn't be a day in my life if I didn't try to fit it in, would it?

Though the line was long, we waited patiently and were rewarded for our perseverance with an amazing spectacle! The "inflatable sculpture", as it was explained to us, has gone through before, and we had heard amazing things, but the lines were discouraging the first time around. This time, though, the timing worked out perfectly, and like spectators in 37 countries worldwide (a little tourist-y detail for you!), our minds were blown by the tranquil tricks the lights of the structure played on our eyes, and the soothing, middle-Eastern expired music playing.

Here's a sneak preview of what you'll find assembled on the North lawn of The Long Center: 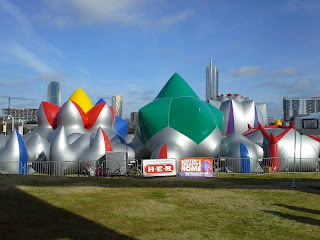 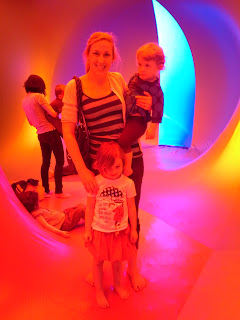 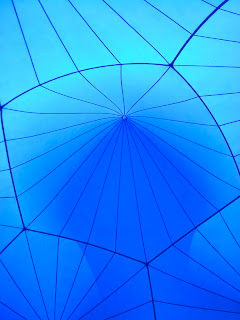 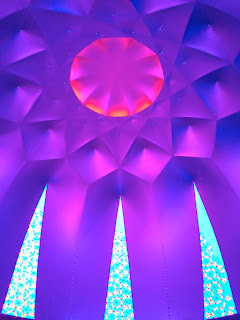 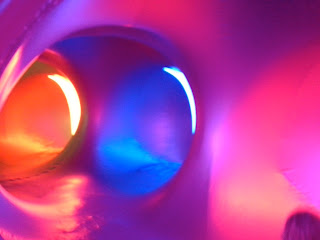 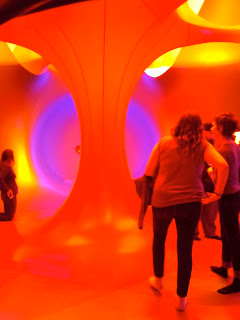 I will say that I think I may have enjoyed this more myself had I gone child-free and was able to lay around and really take it all in, like many of my childless counterparts seemed to be doing, but the girls absolutely loved it, and it was really fascinating to see their reactions as their skin, face and clothes changed colors.

Architects of Air runs through Sunday, January 27. Tickets are available for $10/person same-day only at the door, and expect longer lines over the weekend, when they're open 10am-5pm.
Posted by B at 8:38 AM