Hawaiian Falls Pflugerville: Our Morning of Fun in the Sun! 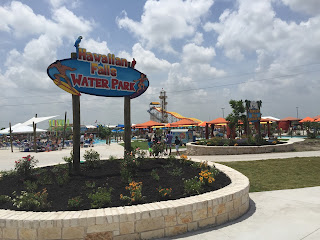 This past Tuesday, hoping to take my mind off anxiety I was having over a dental procedure that afternoon (which went great - whew!), I took the kids and went up to Hawaiian Falls Water Park and Adventure Park in Pflugerville! The park opened last summer, but with Jack still an infant last year, we'd been waiting for him to be at an age where he could participate a bit, so this was our first visit! I cannot believe we haven't made our way their sooner! I had both kids in tow on my own, and was nervous about how I'd be able to entertain them both in the same area due to their vastly different capabilities, but my fears were quickly assuaged by the layout of the park. 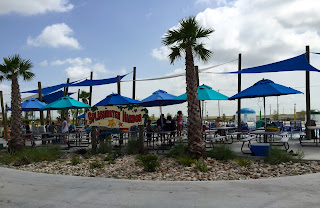 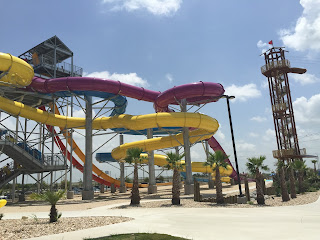 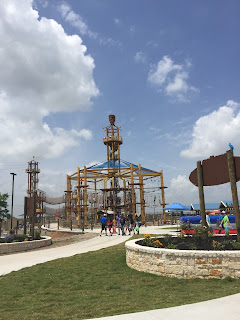 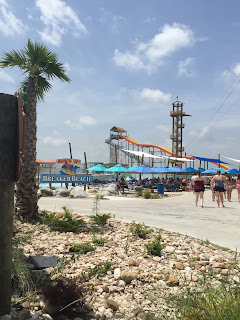 Our first stop was in the splash area with zero entry area, which allowed by daughter to cool off and swim around a bit while my son got used to the water and splashed in the fountains. Once she started to get a bit more adventurous, there is a lily pad area where older preschoolers/school-aged kids can jump from one to another across, and she was able to do that in the same area that I was supervising my youngest. 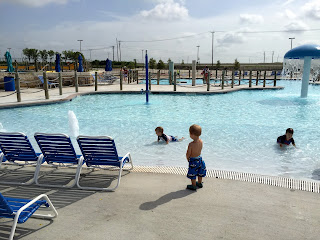 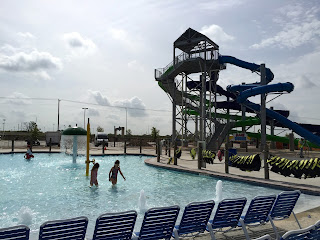 From there, we went over to the Reef Racers, where I was happy to see that the height requirements were 42", and she was able to ride! Though the climb looks scary (it's the big yellow/orange ones you can see prominently from the toll), my five-year-old managed it well with help, and raced down the slides four different times! She's admittedly a bit of a daredevil, but I saw many other similarly aged kids on racers also - a great option for those who aren't quite at the 48" height. 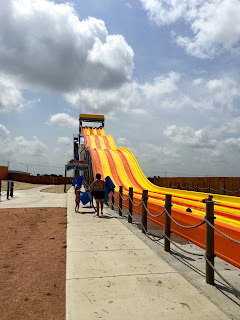 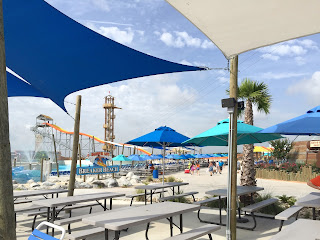 There was also a surprisingly large amount of seating, and though we got there early, the park never felt overcrowded and there was always free seats/lounge chairs - which was great! There are also chairs lined up in front of the splash area, so if you're there for any length of time, you're able to sit down while your little one splashes, and still be able to keep a close watch. Speaking of supervision, I was really impressed with the vigilance of the lifeguarding staff as well. They seemed really on top of things, never distracted or playing on their phones or anything. I felt very comfortable with their set of eyes on my children in addition to mine!

The facilities were clean and nice, also, with plenty of available restrooms and lockers - a huge bonus! We will definitely be back! If you're looking to plan a trip to Hawaiian Falls, whether the Pflugerville location or one of the others, visit their website for tips and tickets!
Posted by B at 1:21 PM