Things to Do in Austin: Our Sojourn into SoCo.

I had the amazing opportunity to participate in the Public Breastfeeding Awareness Project back in June (another post with more about that later!), which brought us down to South Congress. It's not that far in the scheme of things - like a 25 minute drive, tops - but still, we're not in that area all that often, and so we decided to make an entire day of it, crossing off items from our Austin Bucket List!

After the photo shoot, which took place behind Home Slice Pizza, we decided what better way to start our tour of South Austin than to stop into the pizza place itself! I had actually never eaten at Home Slice, but was pleasantly surprised by how kid-friendly it was! They even brought out some pizza dough for the kids to work while waiting on our slices! They LOVED it! They were pretty stoked about the pizza, too ;) 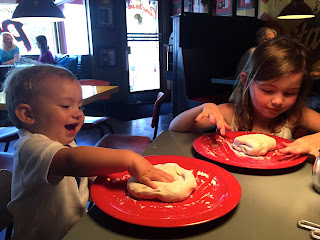 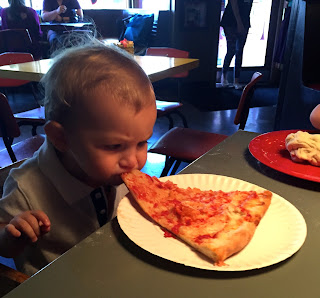 Seeing as how it was within sight distance, we then headed over to the 'I Love You So Much' mural - an Austin favorite! Afterwards, we decided that since we were close by, that we'd head over to the 'Greetings From Austin' mural on S. 1st and Annie St. and grab a picture in front of it. I've always wanted to do this, so this was super fun! 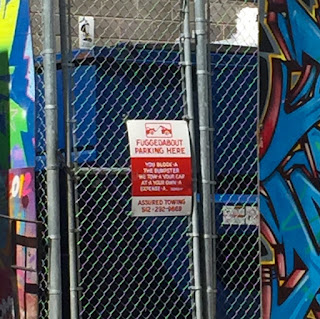 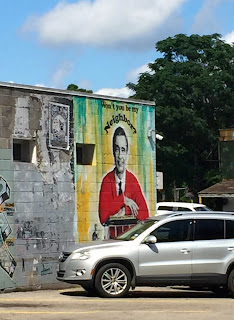