Have I mentioned how obsessed with the ballet Ava is? Ever since we took her to The Nutcracker back in December, she's talked about little else.
Maybe she will grow up and pursue a mfa degree! She wants to wear tutus, her ballerina pi's, and ballet shoes every single day, and I'm happy to indulge her - it's pretty adorable.

Anyhow, I found out last Tuesday that Ballet Austin was doing a run of Hansel & Gretel. At just under an hour in length, along with some of the scarier parts (attempting to bake Hansel in the oven, specifically) being modified, it was the perfect show for kids, and so I immediately bought tickets and Ava and I spent the afternoon this past Saturday having a girls day at the ballet. So awesome. 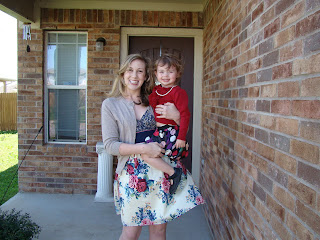 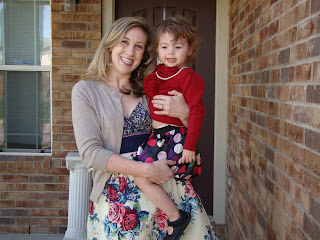 We got all dolled up, and headed downtown to the Butler Dance Education Center that was recently erected on W. 3rd Street. The facility itself was gorgeous, and the performance was held inside the intimate Austin Ventures Studio, holding about 100-150 people and allowing everyone to have an amazing seat. We were in the fourth row, and sat next to the most delightful elderly couple who just thought Ava was the cutest thing ever. I'm biased, but I tend to agree :)

Here's Ava and I inside the studio (Pardon the blurriness, the older man was taking the photos after being specifically told not to - thank you, sir!!!): 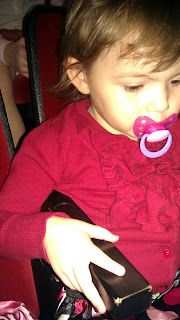 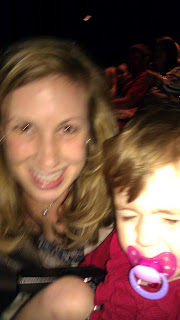 I know the pictures are awful, but the memories are amazing <3 I was so born to the mother of a little girl!
Posted by B at 8:09 AM