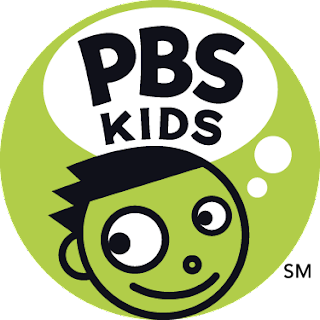 There are many reasons why I love living in Austin, and SXSW is undoubtedly one of them. SXSW (or South by Southwest for those of you not familiar with the festival) is a celebration of independent and up-and-coming filmmakers, musicians and corporations, some of which I'm sure attend graphic design college to become more proficient in their craft.. In my childless days I frequented the many day parties that are part of the music scene, taking full advantage of the open bars and free food, but now that I have a little person to answer to (and cook dinner for, and wake up early with, etc!), I've taken to participating in the interactive portion, which takes place over the first few days of the festival. Today, in fact, I had the extreme good fortune to be able to attend a brunch given by the lovely folks over at PBS Kids, and it was a wonderful start to my Sunday morning.

The brunch, held at the Austin Hilton's own Finn and Porter restaurant, was not what I was expected. Trolling the internet for ideas about what to expect (and, ahem, wear) beforehand turned up info about previous years speakers, but little about the food served - something I'll confess I was equally excited about. I didn't know why this was, until I arrived myself. While the food was certainly tasty (who can complain about staples such as scrambled eggs, croissants, BACON, hash browns and little yogurt parfaits? Or just a breakfast that I didn't have to cook myself?!), the speakers were definitely the star of the show. We were treated to talks by the lovely Sara DeWitt, VP of PBS Kids Interactive (and a Tina Fey lookalike!), as well as Angela Santomero, Chief Creative Officer at Out of the Blue Entertainment and co-creator of Blues Clues and Super Why! What a treat! 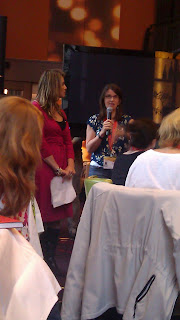 While Sara talked about PBS' mission to provide educational and strong moral programming, Angela really brought the brunch alive talking about her passion for educating children and for helping to develop educational and entertaining programming to reach out to children of all incomes and backgrounds. Her latest project, entitled Daniel Tiger's Neighborhood, is a tribute to the legendary Mister Rogers neighborhood, and pays homage to the late Fred Rogers, a mentor or Santemero's.

We were treated to a short debut clip of the show, which is an animated recreation of the characters from Mister Rogers Neighborhood, though they're now grown and have preschoolers of their own, which the show focuses on. Perhaps it just appeals to my sentimental side, but I personally was quite taken by the idea, and found the clip engaging and the music sure to get the attention of any preschooler! The show debuts this fall, but in the meantime, you can catch clips and stay up to date with developments in the show's creative process at PBS Kids. Ava and I will certainly be tuning in!

Though getting to see the behind-the-scenes workings of a PBS Kids show was fascinating, one of the other main things that really stuck with me was DeWitt talking about something they referred to as the "app gap". Given the technology gap that low income families face, not necessarily being able to afford the more expensive gadgets such as an iPad, iTouch, etc (we certainly don't have any...yet!), PBS has recognized that lower income children don't have the access to educational and character-based apps the way that more affluent children do, and have therefore partnered with Head Start to remedy this issue. Whether providing iTouch devices when possible, or app codes for devices that other programs may already have, PBS and Head Start are doing their part to close the "app gap", and to help all children, regardless of income and/or situation, have access to the same school readiness curriculum. 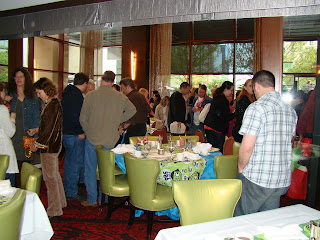 The only negative thing I could say, and this was not a big issue for me personally, was that the venue set-up proved a bit challenging, with the speakers being situated in a way that made some people have to turn around for the entire presentation, and left others in a position where it was difficult to hear. Finn and Porter is a lovely restaurant, but isn't set up for a group of our size, which probably reached nearly 100 people. That, and some woman hogged all the Dr. Suess hats and wouldn't give one up for me to take home for Ava. Meh. You win some, you lose some. For the most part, I was surrounded by some lovely local ladies, many of whom have blogs that I adore reading: 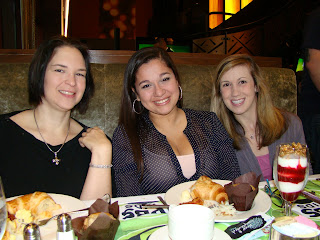 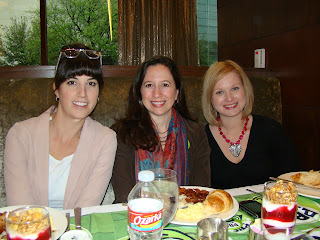