The next three weeks, while the D's house begins the remodeling process of putting in new floors downstairs, we'll be holed up in a six hundred square foot studio during the workdays. Yup, I'm dead serious. Anyhow, being a bit of a busybody that gets a mad case of cabin fever if left at home for more than a handful of hours, we're back to taking on our town in tourist-y fashion to keep occupied. As such, I have scoured some Austin Bucket Lists, as well as Austin Monthly Magazine's annual 112 things to do in the summer, for ideas on how to pass the days, and came up with a list of several we'll be working on in the next few weeks. First and foremost: the Austin Duck Adventure Tours. 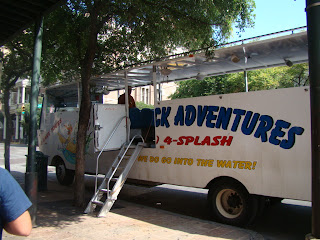 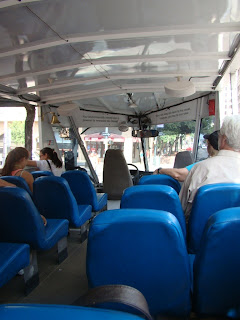 I've seen these tours on numerous occasions, either around town or headed out on the lake while dining at Hula Hut, but had never taken one myself. In short, I live here. I'm not a tourist, and these are definitely marketed towards out-of-towners visiting the city. But, then again, I love to pretend to be a tourist, getting the full Austinite experience, and so I knew this had to be the first thing on our list.

To begin, we made reservations, though with rain on the forecast, I wasn't sure they'd be necessary. I called about an hour in advance and there were still spots, but when I got there, I was glad I had called ahead for a reservation, as the entire cruise ended up being full, save for a couple of empty seats. They must get some great business, and I can understand why after taking one myself! 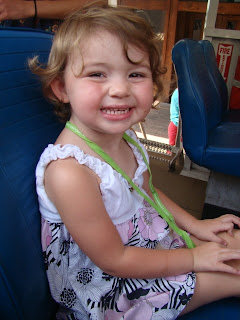 One of the fun things they do for their patrons is give out these little yellow quackers, which we then use to alarm unsuspecting passersby. The kids naturally loved this! 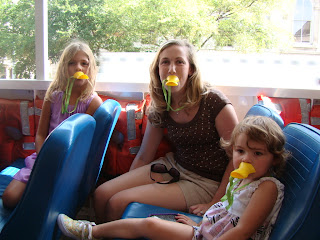 The tour started promptly at 11 (they're at 11am & 2pm during the summer months, and I'd recommend the earlier tour due to the heat!), with our bus? boat? leaving from the Austin Visitors Bureau at 6th & Brazos and taking a tour through downtown, complete with a viewing of many influential hotels, a statue of Angelina Eberly, a history of how Austin became the capitol of Texas, and the Capitol Building and grounds themselves. 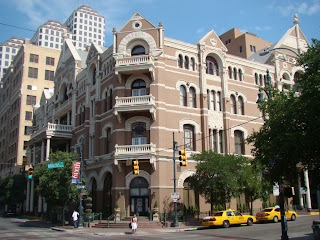 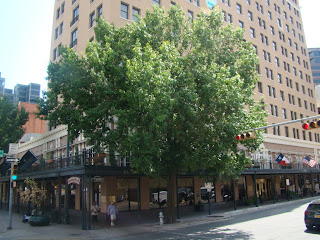 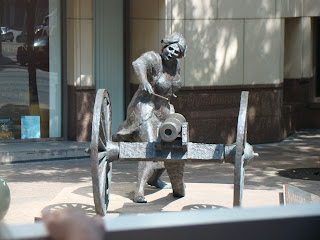 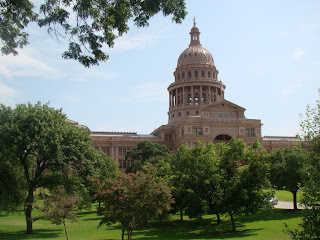 No tour of downtown Austin would be complete without a mention of the Hollywood set that likes to call our town home, as well as the two theaters that are home to the frequent premieres of new and upcoming films, The State Theatre and The Paramount. 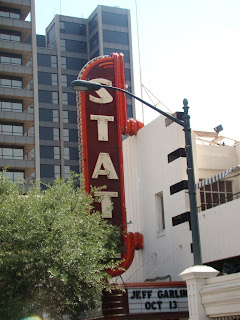 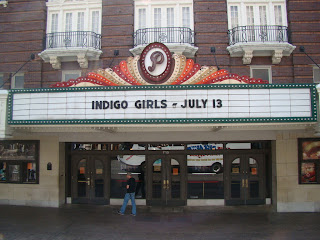 If we're to be real friends, this picture should NOT need an explanation! 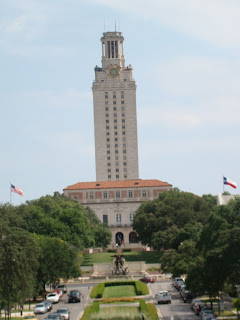 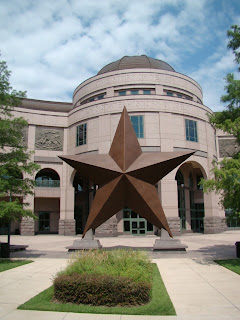 Once we made our way through downtown, we crossed over through Clarksville and Tarrytown (while getting a very interesting history lesson on the two!), past MoPac and down to Lake Austin via Enfield Road, where our "vehicle" went from bus to boat in one slick movement and descended into the water! It was pretty cool, to be honest.

Heading into Lake Austin (aka the Colorado River) 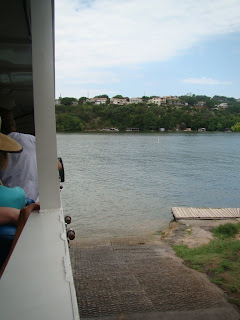 Ava got into the chilled out spirit... 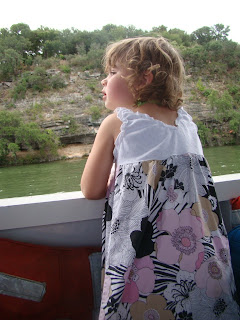 Even S gave me a smile once we hit the waves! 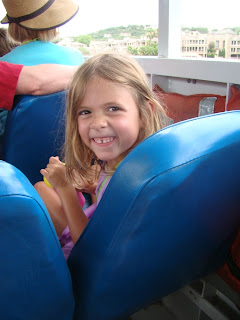 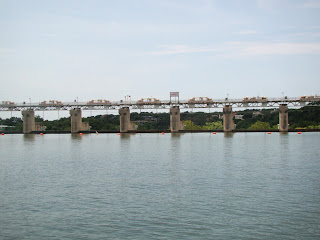 Hula Hut (which you may recognize as the site of our rehearsal dinner!) 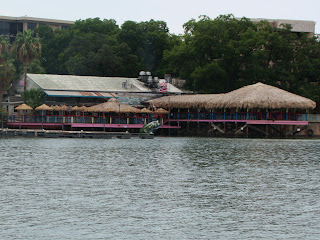 We stayed in the water for around 25 or so minutes, though it felt shorter, and got treated to a who's who of Austin, lake house style, including the water view of the digs of such famed individuals as Sandra Bullock, Andy Roddick, Dennis Quaid and Tommy Lee Jones (he no longer lives here, but used to!).

Once we reemerged onto land, we headed down Lake Austin Blvd (which turns into Fifth St. once it crosses MoPac) and back into downtown to Cesar Chavez, checking out the multitude of additions to the Austin skyline in the past five or so years, including the revamped Seaholm District, which will be getting a major facelift in the next five more years. We bordered along Town Lake and past City Hall (or Lady Bird Lake for those who haven't been Austinites for too long), and then back past the Convention Center and up Sixth Street back to the Visitor's Bureau. 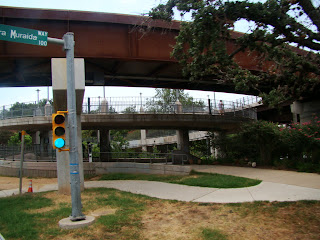 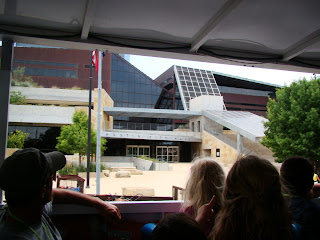 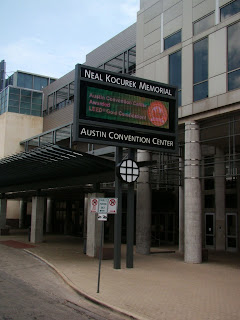 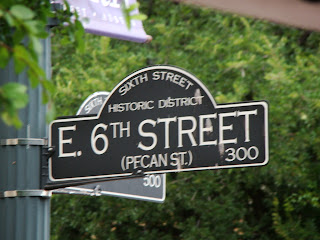 We had a great tour! The website said it would last about 75 minutes, and they were pretty much right, though ours went a bit over because the tour guide (who was AWESOME and a fellow Texas Ex - hook 'em!) got a bit chatty, but nobody minded at all. In fact, it was a wonderful treat! He was quite funny, though some jokes were a bit cheesy. Even still, I definitely did my fair share of chuckling :)

The only real con of the Austin Duck Adventure Tours is the expense, with ticket prices weighing in heavily at $25.95 for adults and $15.95 for the 3-12 crowd. Luckily, though, children under 3 (aka Ava) are free, and there is an AAA discount of $3, which came in handy for us. Not bad at all, with the three of us together paying $43 for our 3 tickets, but I could see how a family of four with 3+ year old children would hesitate to spend $80+. If you're considering it, though, I can attest to it being worthwhile!

If you haven't yet, check out the other Texas Tuesday links!