I mentioned in my last post how we've recently adopted the habits of a school of fish to survive the Texas heat, and can frequently (read: daily) be found around some sort of body of water, be it pool, splash pad or a puddle. That was the case this past Friday, when Ava and I ran to Target to stock up on swim helpers and hit our community pool to work on learning to swim.

This summer Ava has finally had enough of me holding her while in the pool, thanks in part to the shallow end at West Enfield Pool and Ava finally getting a taste of how much better it is to be your own captain in the water. In fact, she's been purposely dunking herself under water, and pretending to be a fishy, so I figured we'd run with it and have a beginner's lesson.

Enter the best purchase I've ever made ($18.99 at Target and worth EVERY penny!): 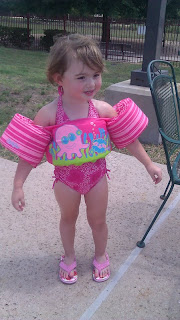 We also picked up a monkey float, having heard from multiple parents that their kids hated the previously pictured floaty and refused to wear it: 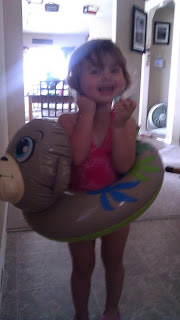 Much to my eternal happiness, it turns out she loved them both, and was so caught up in being able to "swim on my own!", she happily wore them and cried instead when I took the floaty off. Whew! 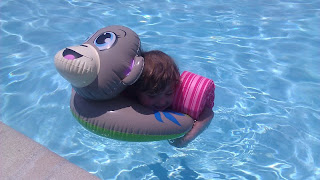 Ava, swimming on her own! 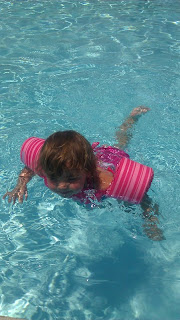 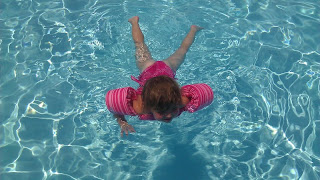 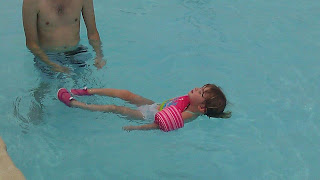 Seriously, y'all. My heart is just filled with happiness that she loves the water so much. Drowning is such a rampant fear amongst parents of young children, particularly in Central Texas and other hot climates where pools = a way of life in the summer, and so water safety and learning to swim is so important to me. The fact that she took to it so easily - propelling herself all the way out past five feet and back with my swimming alongside her - is so monumental!