After our first attempt at watching the nation's largest Mexican Freetail Bat colony emerge from underneath the Congress Avenue Bridge was a massive failure, I was bound and determined to ensure our second attempt was successful! After packing up the car, heading to a scrumptious (and potentially margarita-filled) dinner at Shady Grove, and tossing on some glow stick necklaces, we met up with some friends from my moms group to try it again!

Here's how it went down: 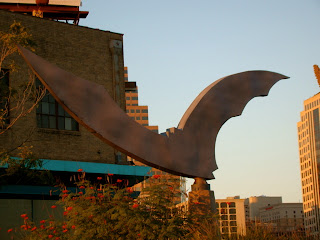 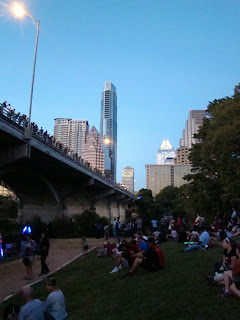 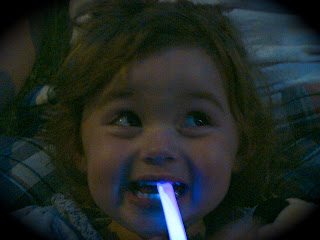 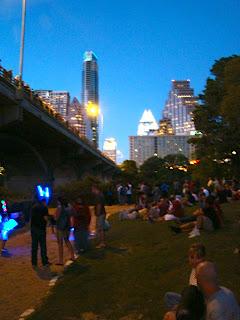 And there they go! 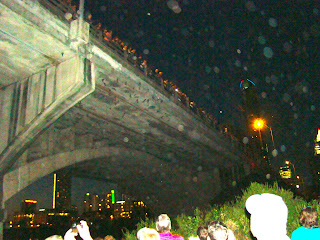 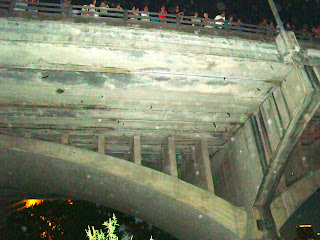 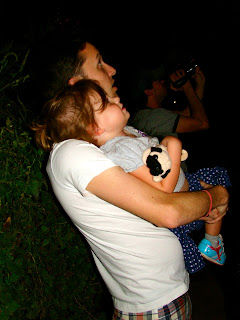 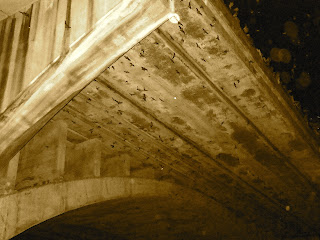 We even let her relive the whole rolling down the hill part of our last adventure: 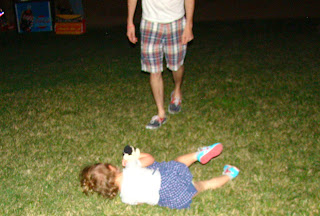 This was our first time to see the bats, so I was unprepared for how difficult they'd be to capture on camera! Wow - they're really hard to get this late in the year without the contrast of a longer-lasting dusk!

Another thing I wasn't sure about was where, precisely, they all came from. They came out in a steady stream for like twenty straight minutes! We later found out that they live in the cracks underneath the bridge, within the suspension: 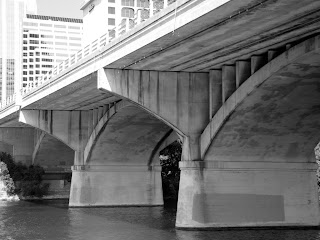 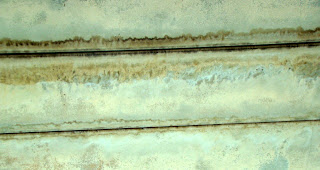 Hats off to Lone Star Riverboats for that tidbit of information during our tour :)
Happy bat watching, y'all!
Posted by B at 8:27 AM