Christmas in Austin: Decorating a Christmas Tree on Highway 360.

The Christmas traditions in Austin vary a bit from your normal, run-of-the-mill tree-trimming elsewhere. Due to our warm climate (it was 85 last week!!), we're able to do quite a bit of outside activities, and I don't exactly mean caroling or dashing through the snow in a one-horse open sleigh - hey! One of my favorite holiday traditions, and what always signals the beginning of the holiday season in Austin to me, is the decoration of a cluster of Christmas-y trees alongside Highway 360 (or Capitol of Texas Highway, as it is also known) just south of the intersection of Spicewood Springs Road.

In years past, I've attempted to avoid 360 like the plague, because - despite the gorgeous scenery - it really is traffic hell come rush hour. This year, however, my job requires me to do a significant amount of driving on 360, and so one caffeine-addled afternoon, I decided that this would be the year that our family would stop admiring the display from afar and finally adopt a tree of our own.

So, one beautiful and unseasonably warm Saturday, we headed to the dollar store to score some cheap (read: disposable) Christmas decorations, and off we went to pick our tree. Though it was the weekend prior to Thanksgiving, the good ones were already taken, so we went with one near a big landmark tree so we would be able to find it easily, and went to town with the gold and red and green balls and tinsel and claimed a tree for our very own! 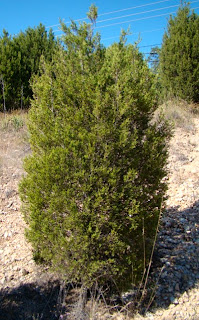 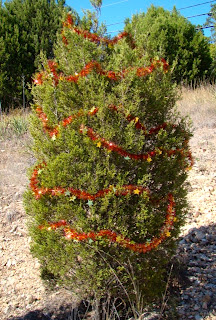 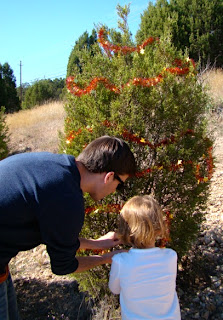 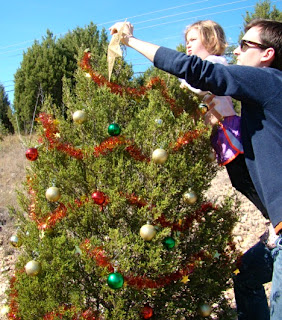 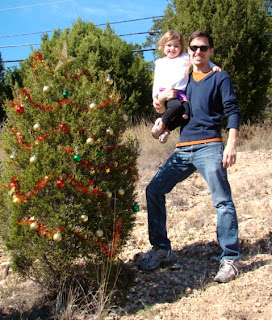 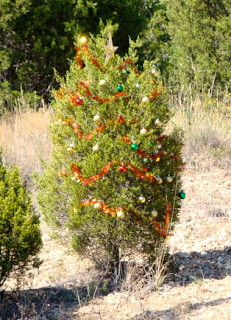 These were taken the day that Ava was admitted to the hospital - just last week. Now check out the trees: 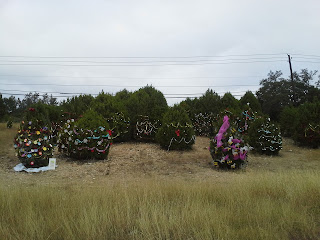 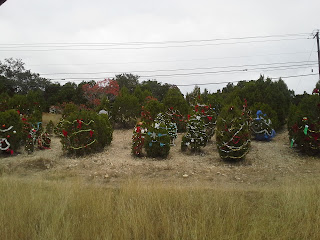 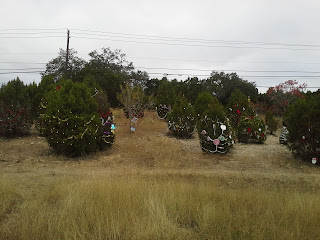 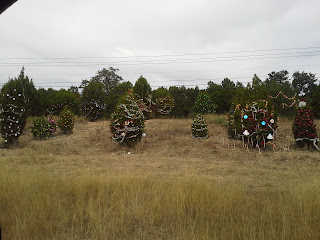 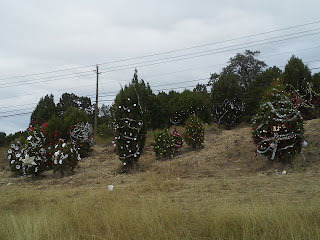 How do you signal the beginning of the holiday season to your children? What are some of your family traditions?
Posted by B at 8:08 AM