There are few things that are white about Christmas in Austin, but with the holiday season comes lovable holiday movies and musicals, and one such musical that has taken the town by storm happens to be a rendition of White Christmas at the Zach Scott Theatre. 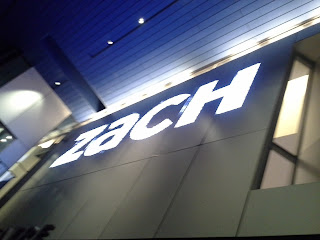 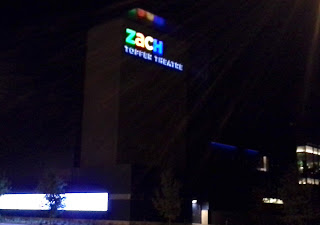 Anyhow, when I heard that the recently renovated Zach Scott Theatre would be putting on a production of White Christmas at their new Topfer theatre as part of their inaugural season, I just knew that I had to be a part of the audience. In case the story alone wasn't enough of a draw, Matthew Redden scored the lead role of Bob Wallace, and that is one smile I just never get sick of. He's insanely talented, and - when I attended the performance last night - was absolute perfection in the role!

Matthew Redden wasn't the only shining star of the performance. Sure, he was absolutely key to the hit that White Christmas is destined to be, but the set design, costumes, and supporting cast were all worth a mention. Martha Watson, in particular, really stole the show in the second act, and the girls didn't disappoint either. The numbers for "Blue Skies" and "I Wish I Was Back in the Army" were extremely well done and really were the high point for me choreography wise!

It certainly didn't hurt, either, that I went with one of my best friends in the world for a much needed "girls" night after a dinner of some carb-coma-inducing Mexican food and margaritas with him, my husband and Ava, and it was the perfect Austin night out, with lots of laughs! 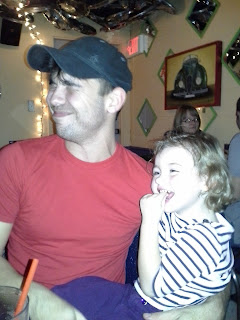 If you've yet to attend a show at the newly renovated Zach Scott Topfer Theatre, White Christmas is the perfect excuse! It's also worth noting that while ticket prices vary widely, there's nary a bad seat to be had, so don't feel that ticket prices should keep you away! You don't need to have the high priced tickets to have a great experience!