Fall is, hands down, my very favorite season! Though it isn't what most people would consider breezy outside just yet, any reprieve from the heat is so welcome after an entire summer of stifling heat that 85 degrees heralds celebration in central Texas, and celebrate we did, taking a trip out to Bastrop County to Barton Hill Farms' Fall Festival! 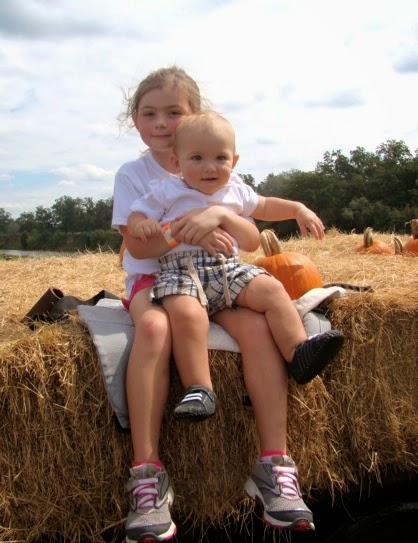 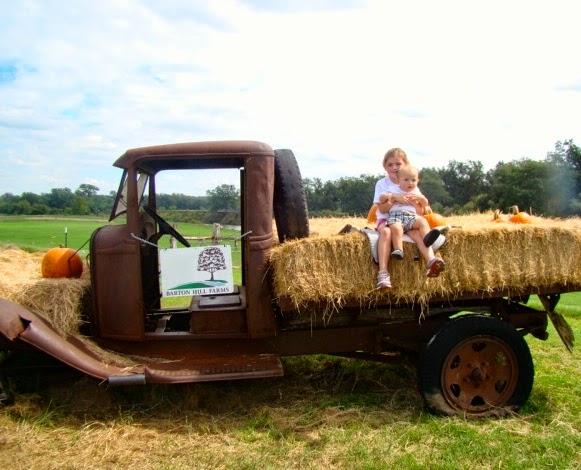 Aside from the cooler temps, another favorite thing about fall are the fall holidays, and what better way to kick off the fall holiday season than at a pumpkin patch! We make it an annual tradition for our family to head out to the pumpkin patch, and after our first visit to Barton Hill Farms, I'm certain that we'll be making this a yearly trip! 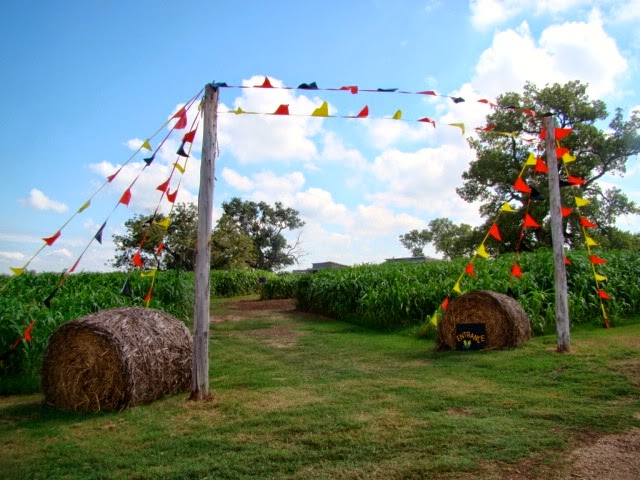 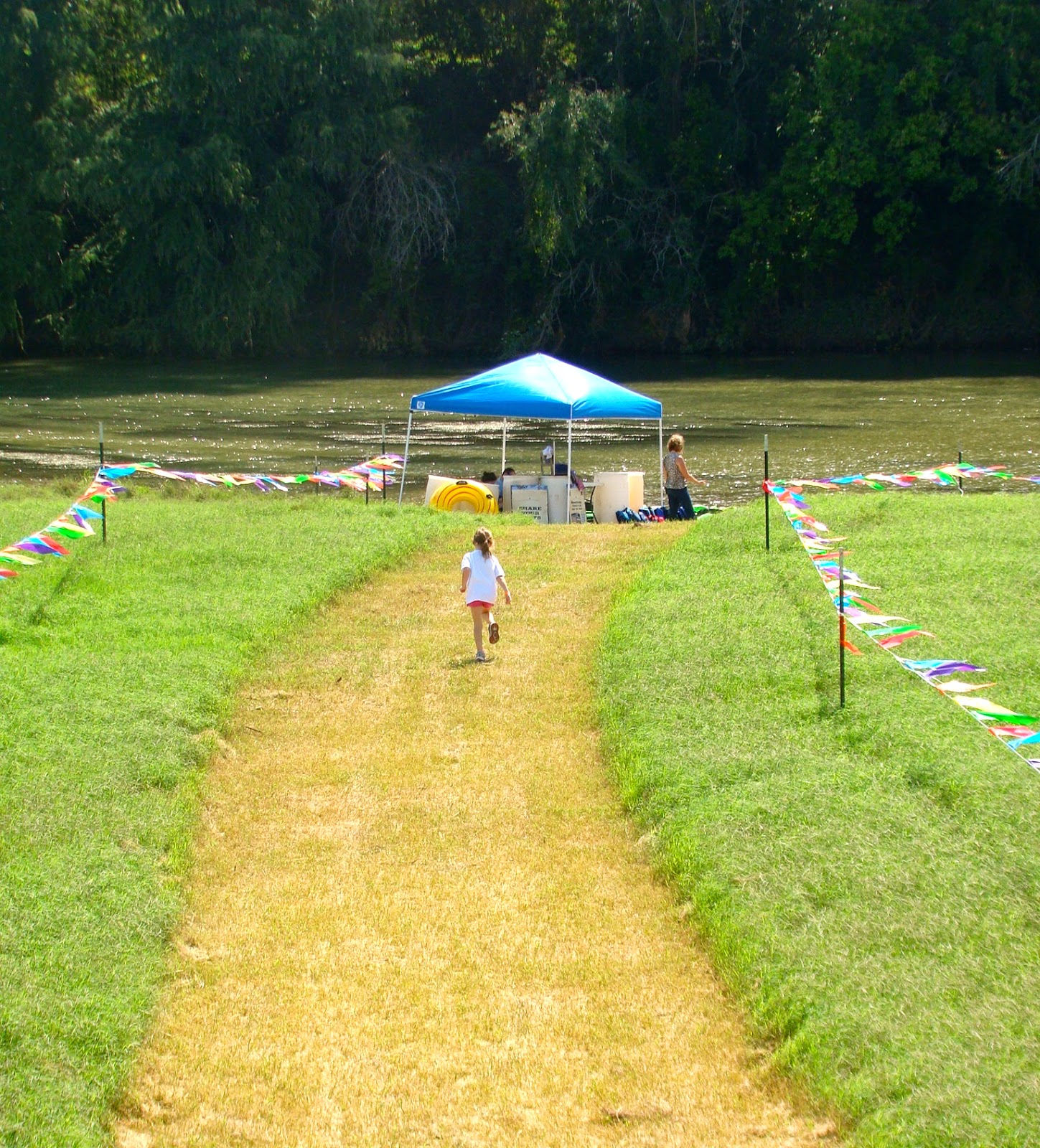 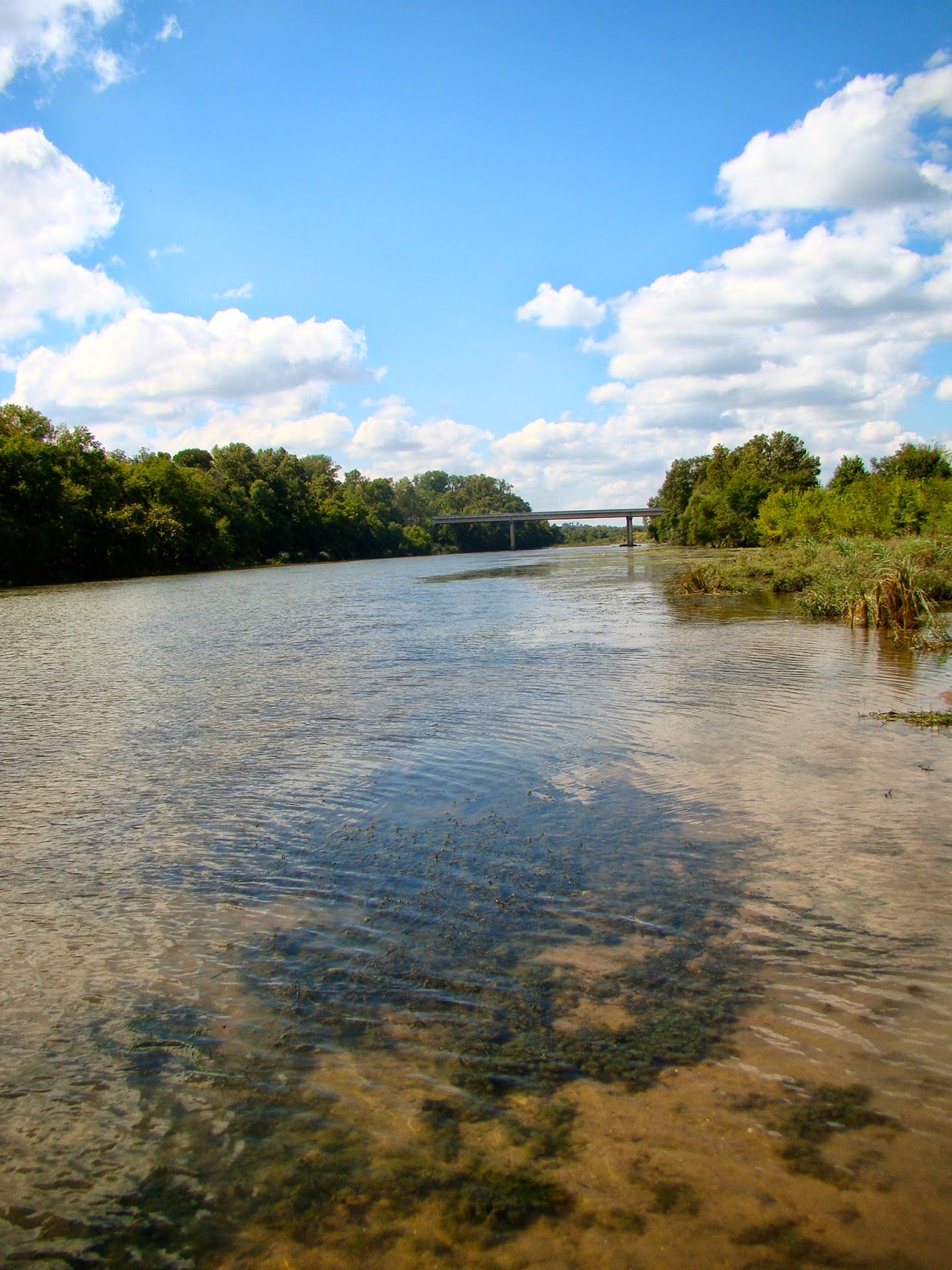 Barton Hill Farms is a relative newcomer on the pumpkin patch scene, having only been operating for fall festivals for the past several years. Nestled on the Colorado River, the farm offers up pumpkins and pumpkin painting, a giant corn maze (this year's is shaped like a Longhorn - Hook 'em!) and a smaller corn maze for the littler kids, face painting, pony rides, farm animals to pet, a barrel ride, tricycle races, and much, much more! One of the highlights for Ava during our trip was the jumping pillow situated in the midst of the farm - David and I took turns jumping with her because it was just that much fun! I'll be excited next year when Jack is sturdy enough to take a turn for himself! 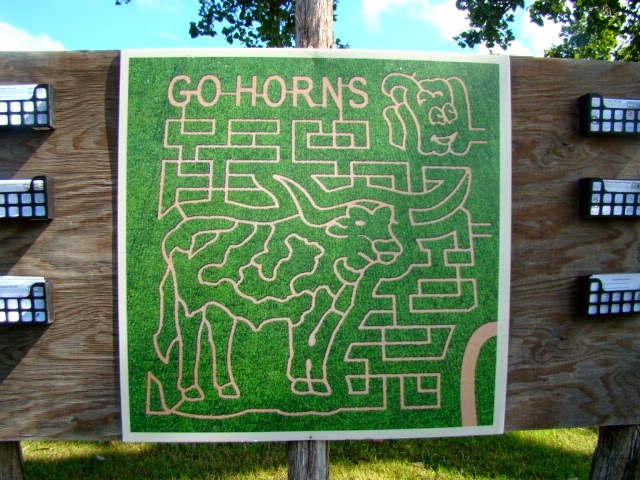 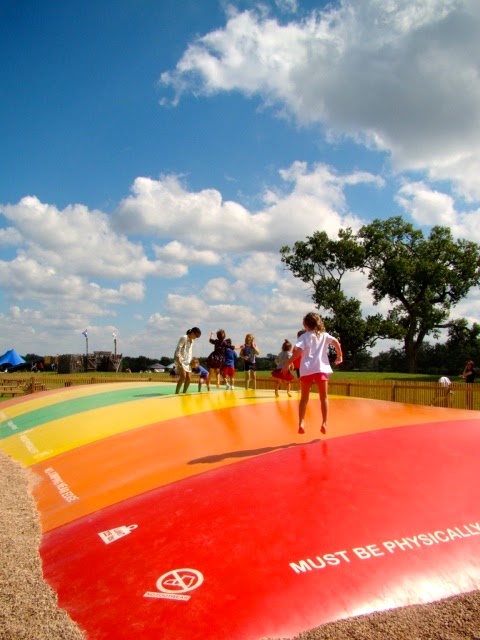 Another big hit for Ava was the pony rides, especially when her pony, Sunset, took off in a (controlled) gallop! She talked about it the rest of the day, excited that she'd "ridden a horse" rather than just your regular walkabout on a pony. That'll definitely be a memory that she'll treasure! 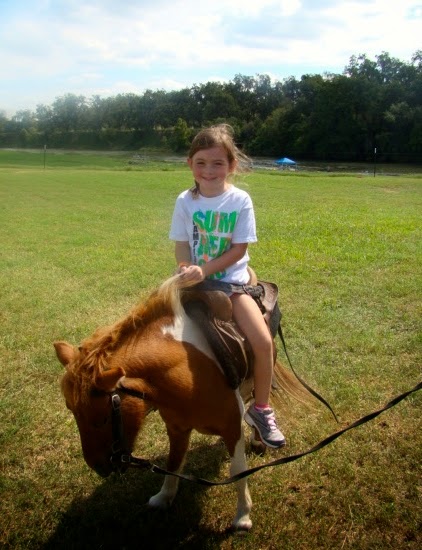 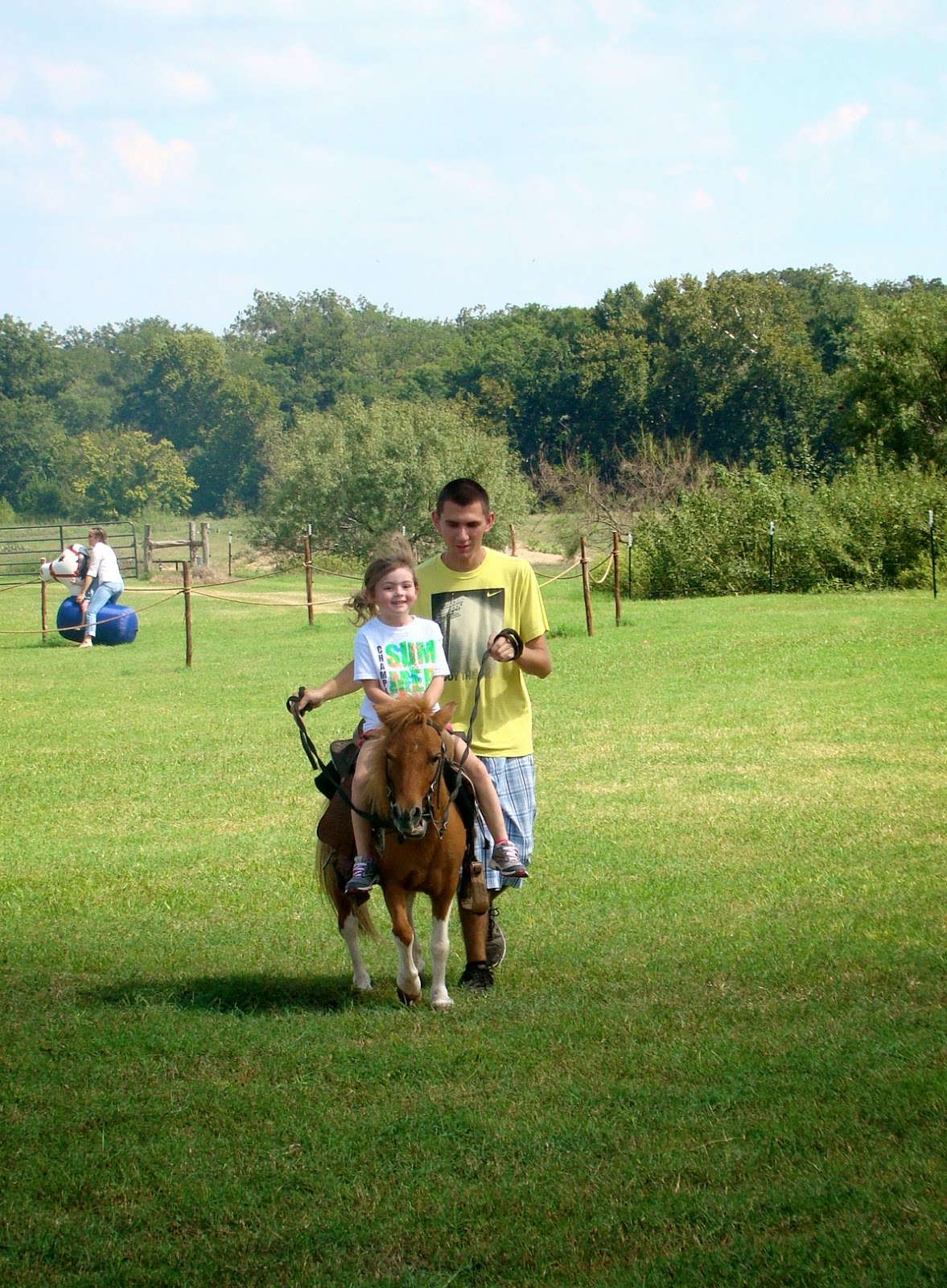 For mama, one of the best parts was sitting outside of the big corn maze on a large swing underneath a shade tree, swinging with Jackson and watching David and Ava jump on the pillow! Nothing makes it feel like the weekend quite like swinging with a beverage and taking in a view of the Colorado River. 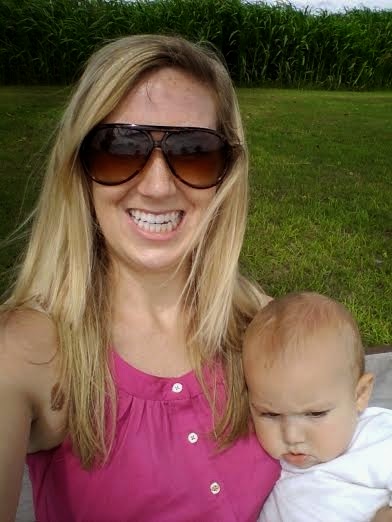 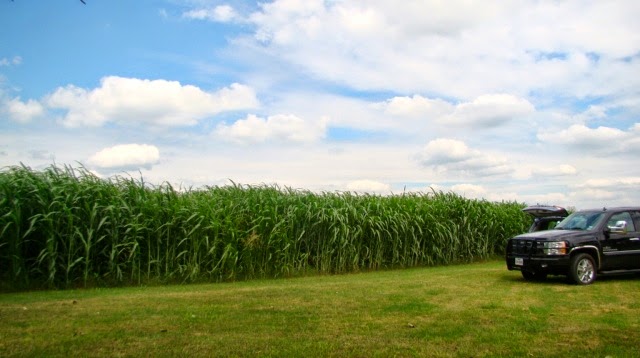 Speaking of beverages, there are a variety for sale there, including beer and wine! We were there early in the day before it started to heat up too much, so I didn't get a change to imbibe, but there was an assortment of vendors there with goods for sale, including brisket sliders, burgers, veggie burgers, snow cones, and more! Definitely don't hesitate to come hungry and make a day of it - there are lots of shaded picnic tables where you can eat! 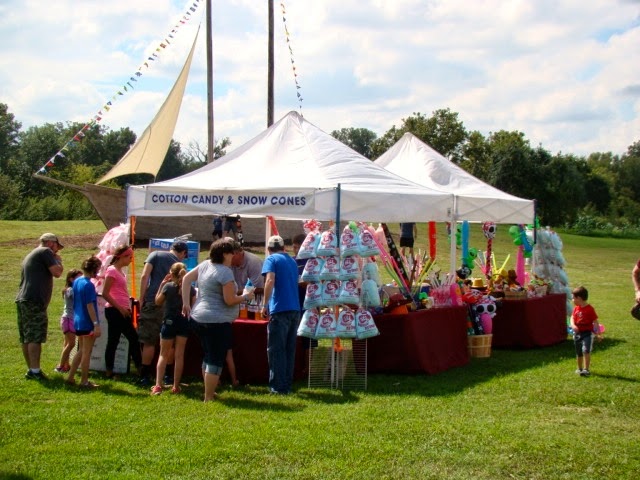 We were so impressed with the staff, as well. I was asked multiple times by helpers roaming around the farm if they could help us with anything, and at the corn maze, we were given a great guide to help little kiddos navigate it. The woman who was at the admission area was a wealth of information and so friendly, and when my carrier flew out of the barrel somehow during the barrel ride, the driver quickly pulled over to get it for us and we all had a good laugh! 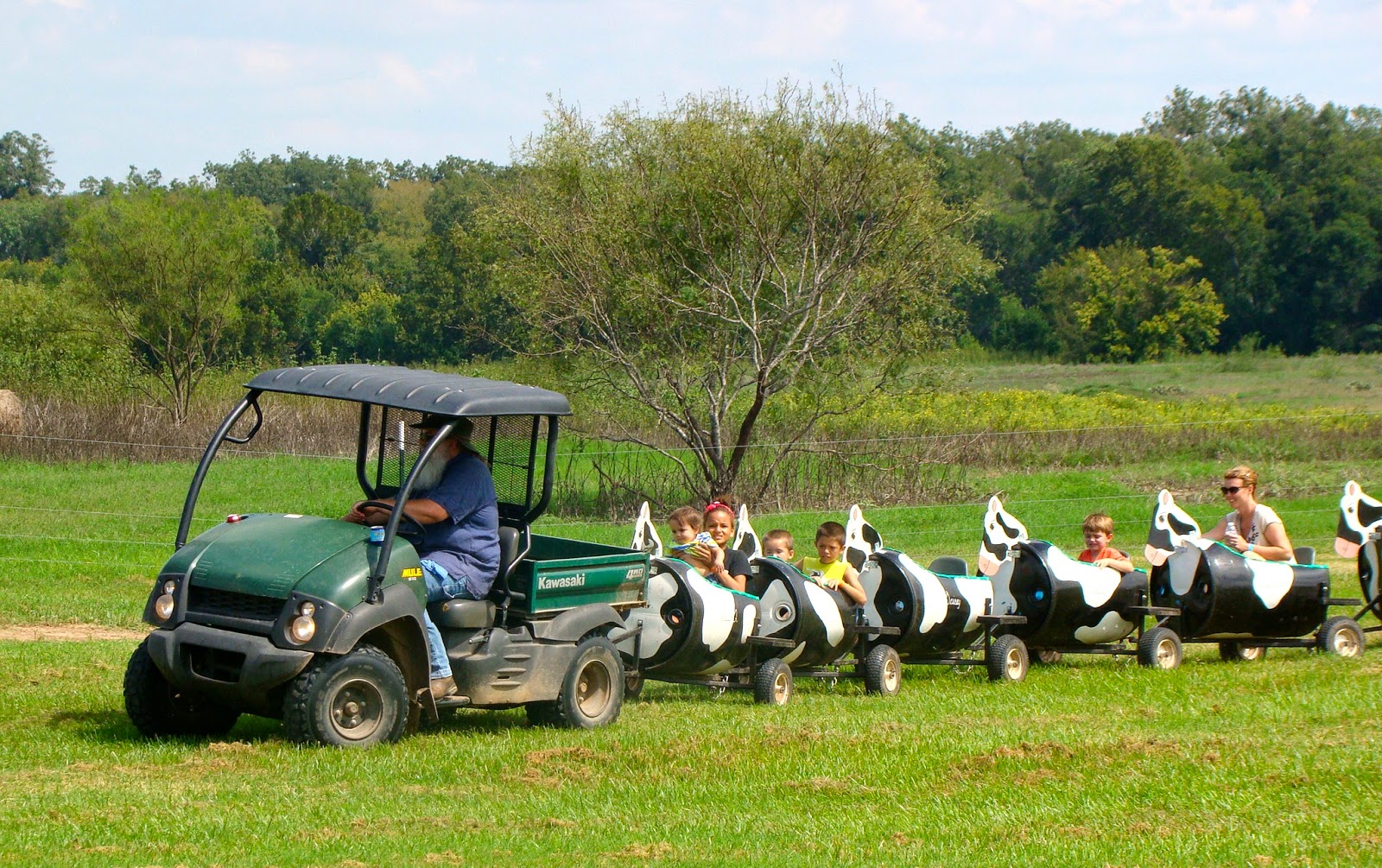 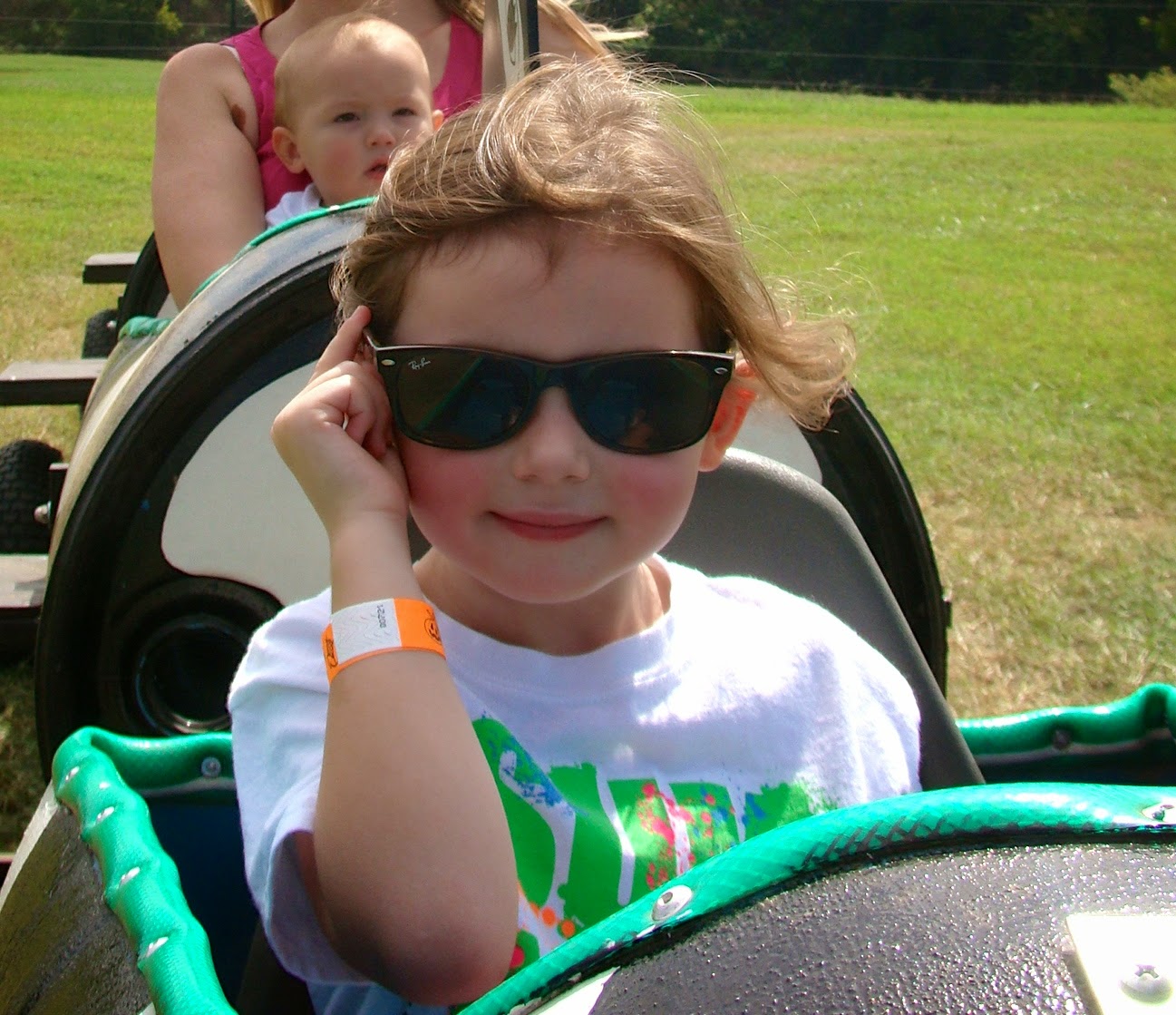 Aside from it being Jack's first trip to a pumpkin patch and fall festival, it was also his first time petting a goat. His reaction was fantastic, and very typical of Jack's general thoughts on life: 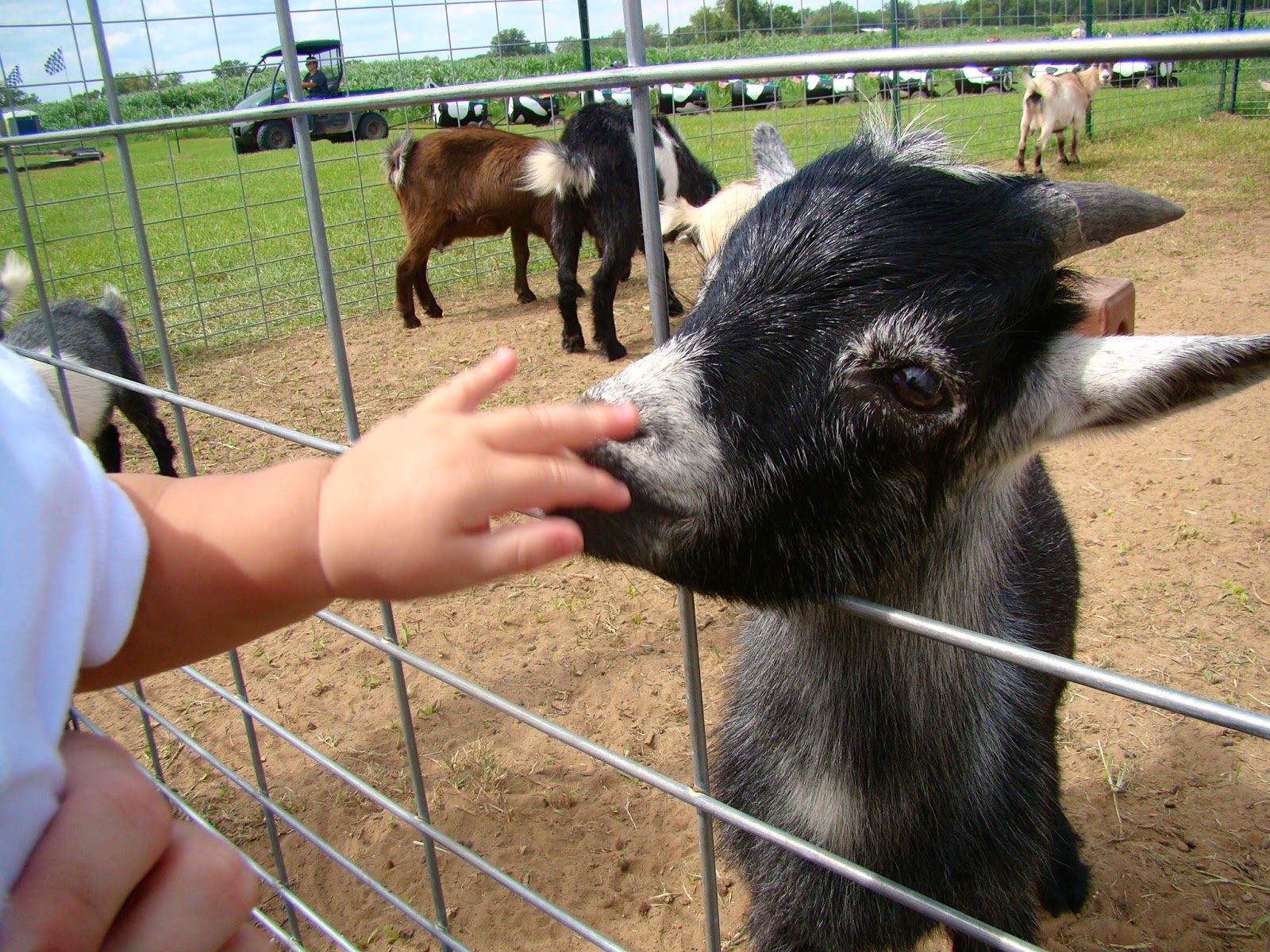 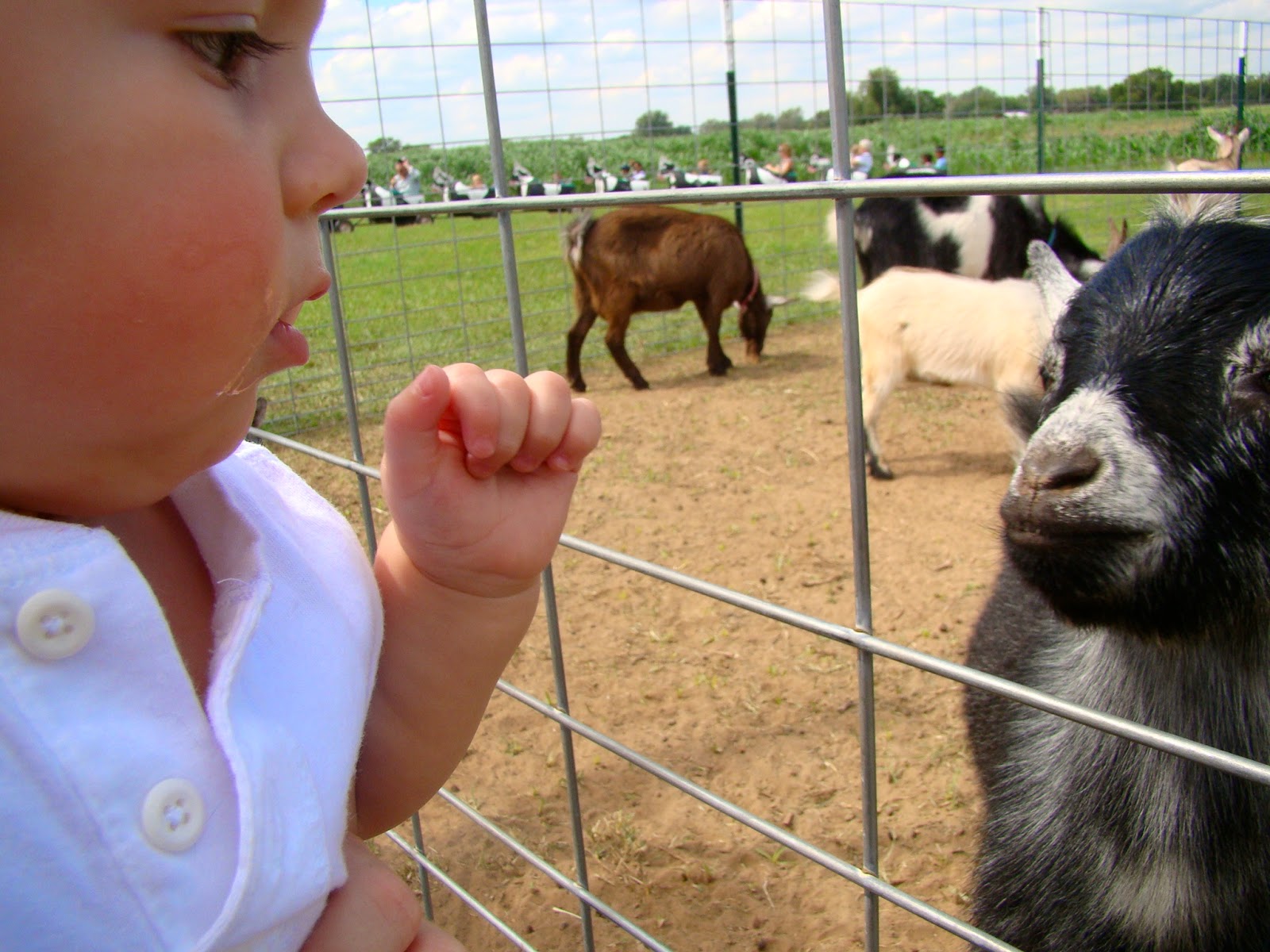 The Barton Hill Farms Fall Festival runs Saturdays 10a-10p and Sundays 10a-5p, now through November 9th. You can purchase discounted tickets online here, and vendors in the park take both cash and credit/debit cards!
Posted by B at 7:28 AM