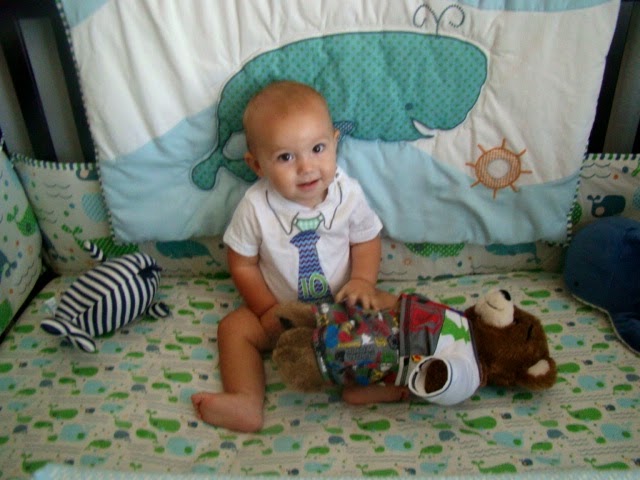 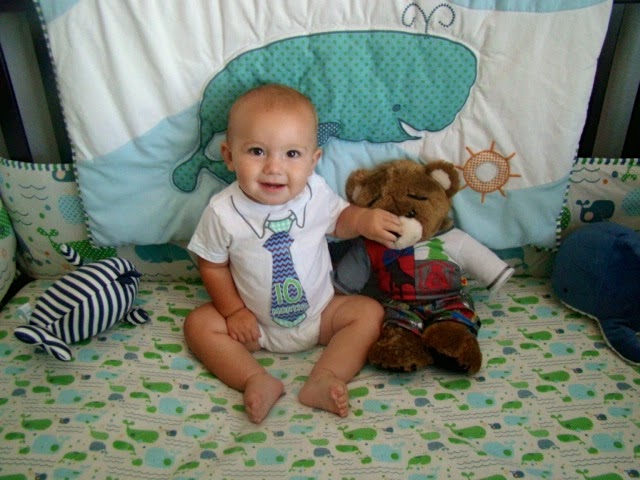 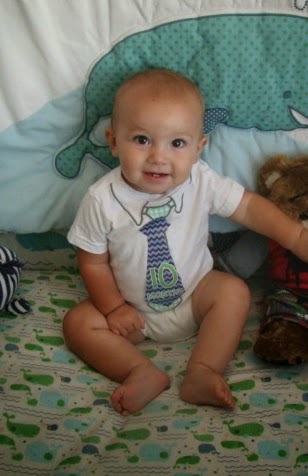 Yeah, you read that right. Oopsies!

Anyhow, Jack turned ten months old on the 24th of August, edging ever closer to that big first birthday! Yikes!

At ten months, Jack:
- weighs about 19.5 lbs.
- is tall. LOL. No idea how tall, but he is :)
- is so close to walking it's not even funny. He can stand entirely on his own, and can basically race if you're holding his hands, but if you try to let go, he just sits down. He's just mentally not ready. We'll get there.
- is cutting teeth numbers 7 & 8.
- is still a major mama's boy. My husband is literally holding him back from me while I type this.
- LOVES to eat! Like, loves it. Would rather eat than anything else. Except nurse. That's his true love.
- Finally decided to regular crawl instead of just army crawl and scootch with one leg.
- is basically the cutest thing ever.
- loves playing with balls, duplo blocks, and put everything in his mouth. 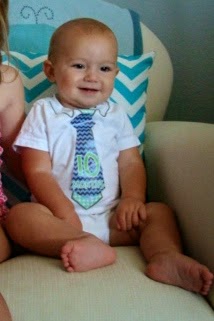 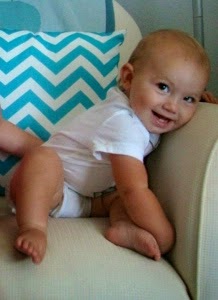