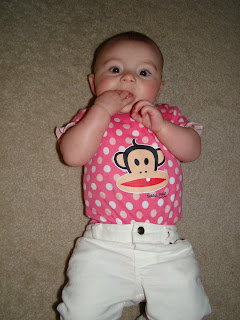 That brings us to the conflict we've been having around the house this past weekend. As it turns out, Ava wants to roll nonstop, but only from her back to tummy. And with me being an extremely nervous mommy when it comes to SIDS, I do NOT want Ava on her tummy EVER when I'm not watching her like a hawk - ie. the middle of the night. Which, naturally, is when she chooses to roll over and over and over...you know, instead of sleeping. Needless to say, mommy is very tired today. Any suggestions on how to discourage rolling at night? I had a wedge for her once upon a time, but discarded it when she managed to scoot down far enough to bury her face in the side. It was doing more harm than good at that point!

Now on to the good stuff. We had a productive weekend, with me finally pulling the weeds out front so Ava and I can plant flowers this coming weekend. We also picked up some small size swim diapers so that I can start putting more than just her feet in the water, as well as some infant sunblock. I had heard you shouldn't put sunblock on them prior to six months, but when I read that parents are told that in order to not give them a false sense of security while having baby out in the sun as opposed to actual health reasons, I'm gonna go ahead and lather her up. It's WAY too hot in Austin (it hit 99 last week!) for me to be covering every inch of her skin in clothing, hats, socks, etc.

I finally finished Ava's garbage pail I was painting for her room. It's been basically done for two weeks, but I needed to do some touch-up work, and I'm so glad I did. It turned out just how I wanted it to!

Here are some recent pictures of my little lovebug!

Her new garbage pail for her room: 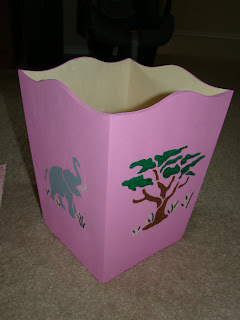 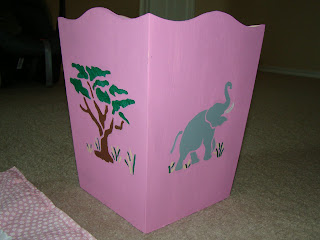 Rolling to one side: 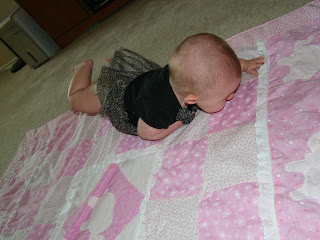 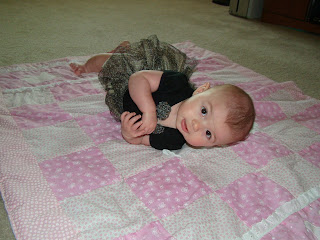 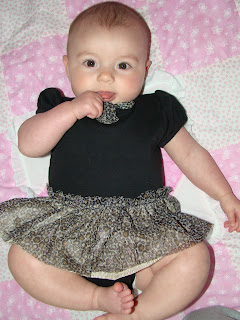 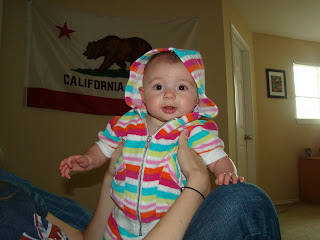 What a strong girl! 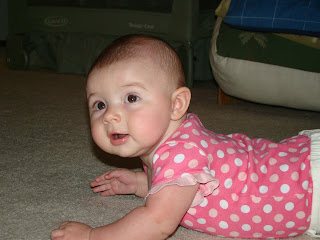